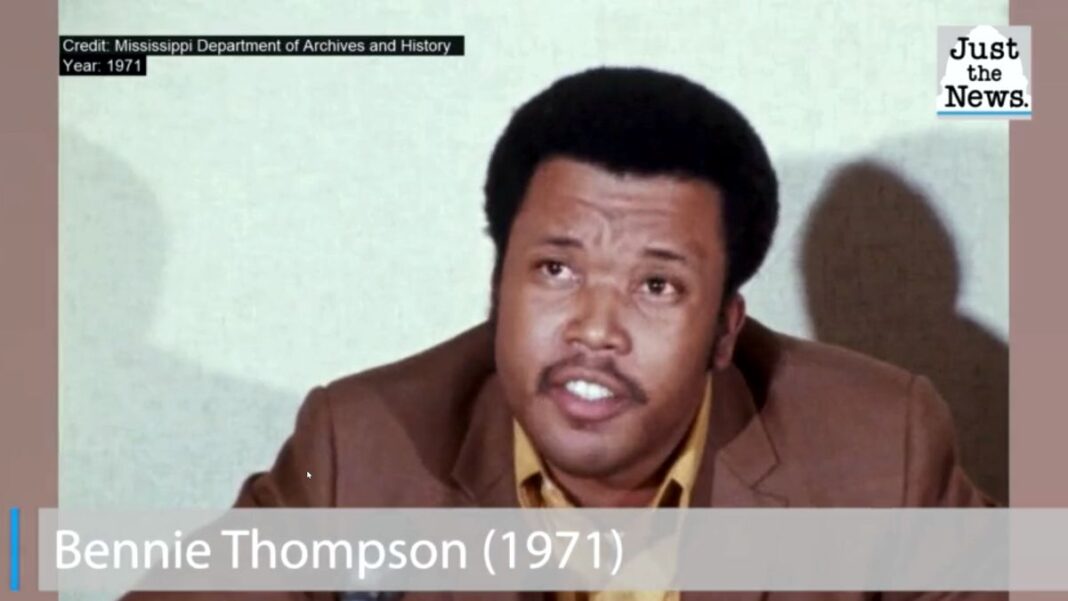 Fifty years ago as a Mississippi alderman, Bennie Thompson defended the Republic of New Africa and participated in a news conference blaming cops for the group’s violence even as FBI saw group as waging “guerrilla warfare.”

Rep. Bennie Thompson, the Mississippi Democrat who chairs the congressional commission investigating the Jan. 6 Capitol riot, has been a vocal critic of an event he deems an insurrection and offered his sympathy to the police officers injured that day. He’s even gone as far as to sue former President Donald Trump for responsibility for the melee.

But as a young African-American alderman in a small Mississippi community in 1971, Thompson placed himself on the opposite side, openly sympathizing with a secessionist group known as the Republic of New Africa and participating in a news conference blaming law enforcement for instigating clashes with the group that led to the killings of a police officer and the wounding of an FBI agent. Thompson’s official biography makes no reference to the separatist RNA.

Thompson’s affection for the RNA and its members — which FBI counterintelligence memos from the 1970s warned were threatening “guerrilla warfare” against the United States — was still intact as recently as 2013, when he openly campaigned on behalf of the group’s former vice president to be mayor of Mississippi’s largest city.

The congressman’s advocacy on behalf of RNA — captured in documents, newspaper clippings and video footage retrieved from state, FBI and local law enforcement agency archives — is a pointed reminder that some of the far-left figures of a half century ago are now the Democratic Party’s establishment leaders, their pasts now a fleeting footnote in the frenzied vitriol of modern-day Washington.

For instance, Thompson’s Democratic colleague in Congress and the Congressional Black Caucus, Rep. Bobby Rush of Illinois, famously cofounded the extremist Black Panthers chapter in Illinois in 1968 before he entered politics. Both the RNA and the Black Panthers were avowed supporters of insurrection, and at one point in 1967, armed Black Panthers stormed the state capitol in California.