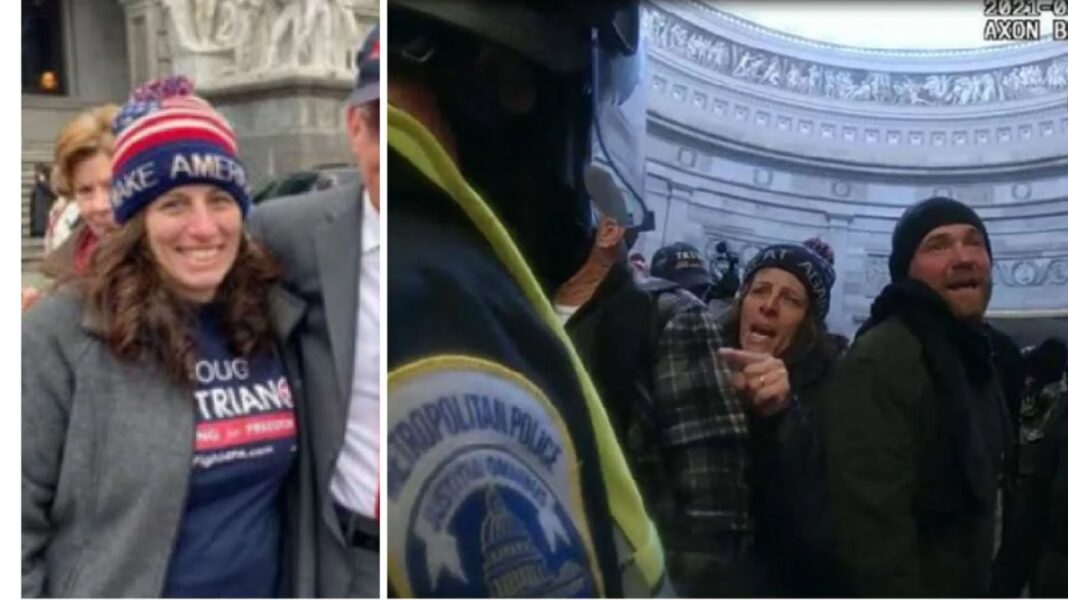 A Pennsylvania woman who allegedly yelled threats toward former House Speaker Nancy Pelosi (D-Calif.) during the breach of the U.S. Capitol on Jan. 6, 2021, has been charged with felony and misdemeanor charges, officials said.

Pauline Bauer, 55, of Kane, Pennsylvania, was found guilty in the District of Columbia on Jan. 24 by U.S. District Judge Trevor McFadden, a Trump appointee.

“Her actions and the actions of others disrupted a joint session of the U.S. Congress convened to ascertain and count the electoral votes related to the presidential election,” prosecutors said.

According to prosecutors, Bauer was among the group of individuals who illegally entered the Capitol grounds and Capitol Building on Jan. 6 and was filmed via body-camera footage at approximately 2:57 p.m. saying words to the effect of, “This is where we find Nancy Pelosi.”

It is unclear if the body-camera footage was filmed by police or other attendees.

“When an MPD officer tried to push Bauer away from the area he was protecting, she engaged in a confrontation, screaming expletives at the officer, saying ‘You back up. Don’t even try’ and pushing the officer,” prosecutors said. “A short time later, Bauer was physically removed from the Rotunda by MPD officers in riot gear.”

Specifically, Bauer was charged with obstruction of an official proceeding; entering and remaining in a restricted building; disorderly or disruptive conduct in a restricted building; disorderly and disruptive conduct in any of the Capitol Buildings with the intent to impede, disrupt, and disturb the orderly conduct of a session of Congress or either House of Congress; and parading, demonstrating, and picketing in a Capitol Building, according to the Department of Justice.