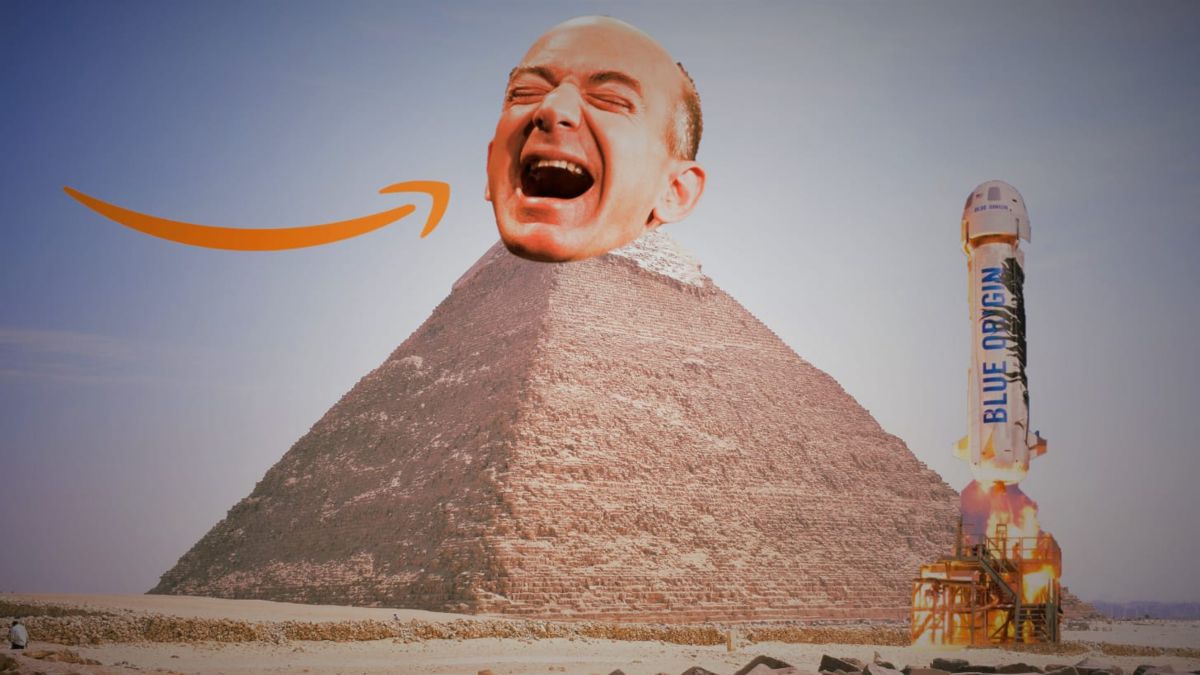 Two days ago, MIT’s Technology Review reported that Jeff Bezos and Yuri Milner just founded a new immortality startup: Altos Labs in Silicon Valley. Their mission is to reverse cellular aging through reprogramming—via epigenetic reconstitution and induced pluripotent stem cells—and perhaps the in vitro synthesis of various replacement organs. The tech tycoons are investing heavily in the prospect of living forever—or at the very least, a much closer approximation of eternity than any mortal has ever enjoyed.

Now, at the behest of Bezos and Milner—the Pharoah of Technocracy and the Prophet of Scientism—pulsating broods of mutant babies will be born in test tubes, only to be sacrificed and dissected so that the rich and powerful can cling to this mortal coil.

Here is a passage from Richard Dawkins’ (extraordinary) book The Blind Watchmaker. It’s about a basic fact of biology.

“Staving off death is a thing you have to work at. Left to itself—and that is what it is when it dies—the body tends to revert to a state of equilibrium with its environment. … [I]f living things didn’t work actively to prevent it, they would eventually merge into their surroundings, and cease to exist as autonomous beings. That is what happens when they die.”

In the letter, Bezos claims this quote is intended as a metaphor for human individuality struggling in the face of social homogeneity. That’s pretty ironic coming from a guy who’s done more to destroy quirky independent bookstores and mom-and-pop shops than Wal-Mart and Communism combined.

But the Technology Review writer paradoxically finds a hidden meaning. He simply takes Bezos’s quotation at face value: confronted with the godless void he imagines at the end of the human assembly line, Bezos inadvertently reveals an abiding fear of oblivion.