Most critiques of the current $1.9 trillion Joe Biden-Nancy Pelosi-Chuck Schumer legislative rip off have missed the purpose of the bill.

This isn’t surprising. The Democrats have mastered the art of using morally positive language to describe the indefensible. In a real sense, they have captured the warning in George Orwell’s Politics and the English Language. Orwell observed that the more destructive, dishonest, and indefensible a policy is, the more likely it is to be described in language which obscures and hides its purpose.

If you understand the true purpose of this bill – to funnel your tax dollars to Democrat-allied states and institutions – you will marvel at the intelligence the chutzpah of the Democratic leaders. They have played an adroit linguistic shell game with the American people (which their media allies are cheerfully assisting).

The words “COVID-19 relief” are propaganda to justify an unjustifiable bill. Think of “COVID-19 Relief” as the engine pulling a huge train of expensive goodies for Democratic allies. It is language used to hide hundreds of billions in pure pork payoff.

A famous scene from the film Jerry McGuire is illustrative of the current situation. Cuba Gooding Jr. (as a football star) trains Tom Cruise (his sports agent) to chant “show me the money.” This scene provides a much better understanding of the Democrats’ desperation to pass this massive spending bill. What they really want is to answer their allies’ calls of “show me the money.”

The Democrats are the party of big government, big bureaucracies, big public employee unions, and radical left–wing activists. This $1.9 trillion bill is designed to appease and feed virtually every element of this coalition. The Democrats are artfully using the American people’s money to grow their machine and strengthen their coalition. 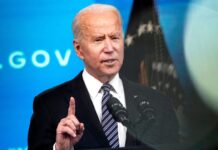 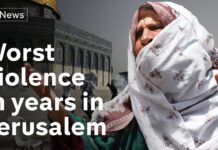