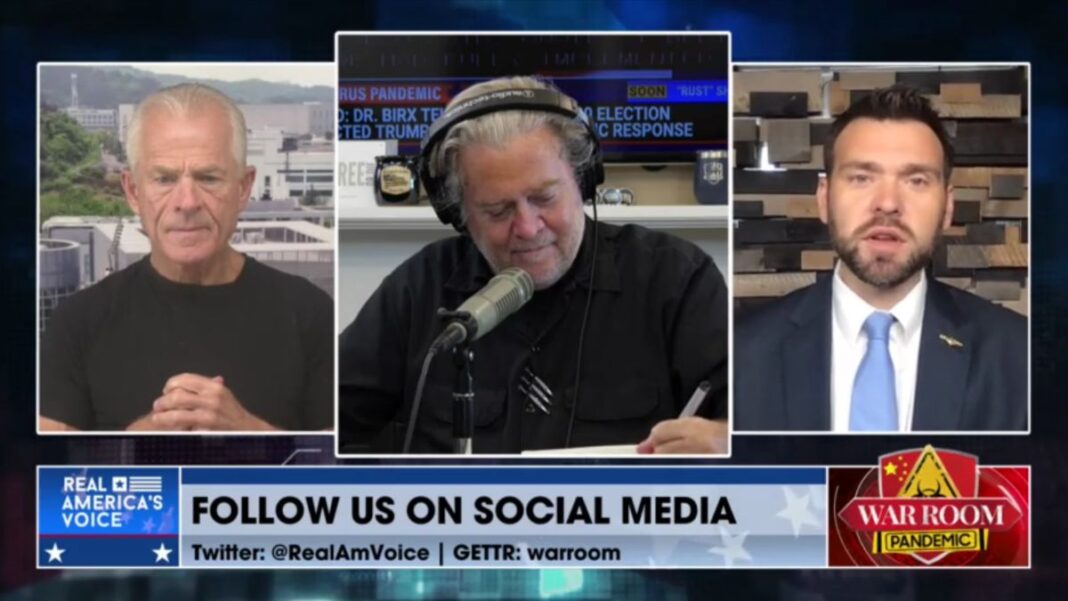 Jack Posobiec, senior editor at Human Events magazine, talks about the Politic poll that finds 35 percent of Americans want the 2020 election overturned. Then he breaks a major news story on “War Room” about panic in the White House!

“This number is increasing as Joe Biden and his administration decline. I told you before that Kamala Harris and her team are referring to him as The Titanic behind his back. I also got word that Jill Biden over the weekend was asking around if there’s any way to remove a sitting vice president from the United States. That’s how bad it is in the White House. … She’s asking is there any thing, does the 25th [Amendment] apply to the vice [president]?”