In an article in February 2013, Yale student Aaron Feuer described his decision to create Panorama Education. The article described the organization as an “education analytics company,” and said it was “snowballing,” working in six states.

“Every school in America should be using this,” Feuer remarks with a wry smile.

That year, Panorama Education emerged nationally as a company that conducts “surveys of students, parents, teachers, and staff” and “analyzes this data and presents teachers and administrators with clear and constructive feedback that they can use to improve their teaching and their schools.”

In late 2013, legal experts at Fordham Law School raised concern about the ability of companies like Panorama in protecting student data in a research paper, “Privacy and Cloud Computing in Public Schools.”

On June 10, 2014, Panorama Education Inc. was incorporated with the state of Delaware, according to a copy of the filing.

On June 13, 2014, then-Yale University undergraduate student Alexander Tanner registered Panorama Education Inc. with the state of Massachusetts, according to the filing (which stated that the company was incorporated on April 2, 2012, in  Delaware).

For the fiscal year ending Dec. 31, 2014, Panorama Education said it “provides survey software/services to K-12 schools,” according to the company’s 2015 filing with the state of Massachusetts. The filing stated there were 2,807,212 shares of PWP class of stock authorized by articles of organization or amendments, with all of the shares issued and outstanding, and 14,034,212 shares of CWP class of stock authorized, with 8,562,876 shares issued and outstanding.

In the next year’s 2106 filing, new directors were listed as Andrew Parker and Jed Smith.

In the 2017 filing, the company added Katie Mallett as the chief financial officer and Amit Patel, based in San Francisco, and Ross Jensen, based in Palo Alto, California, as directors.

The company said it was “serving 10 percent of America’s students” and would “use the funding to expand its tools that help school districts develop students’ social and emotional skills, promote family engagement with school, and increase college readiness.”

According to a press release from early 2019, its staff includes a “team of former educators, engineers, designers and researchers dedicated to helping K-12 schools and districts improve student outcomes.”

Later that year, in October 2019, Feuer, the company’s cofounder and chief executive officer, announced on Twitter that Panorama Education had launched a new “Equity and Inclusion Survey” to “elevate #studentvoice on diversity, equity, and inclusion in school.”

In its 2019 filing with the state of Massachusetts, Panorama Education continue to list its stock shares.

In the company’s 2020 filing with the state of Massachusetts, signed March 26, 2021, Tanner was listed as the registered agent. The company had an all-male slate of directors. Feuer was the president. Tanner was the secretary. The other directors listed were Amit Patel, Ross Jensen and Alex Finkelstein.

The company said it had 31.7 million shares of “CWP” class of stock, authorized by its articles of incorporation or amendments, and it had issued 9,182,574 shares.

Today, Panorama said it supports “more than 9 million students in 11,500 schools nationwide,” and is “dedicated to ensuring educators can provide the highest-quality education for every student to succeed.”

In early September 2021, as Panorama was increasing its contract with Fairfax County Public Schools to $2.4 million for a multi-year “screener,” it raised $60 million in a Series C round of funding led by General Atlantic. 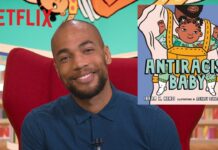 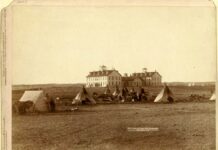 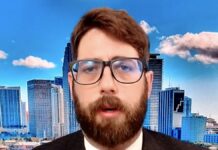