Home Keep Up Biden Regime True cost of Dems’ plans: $7.5 trillion and a lot of gimmicks 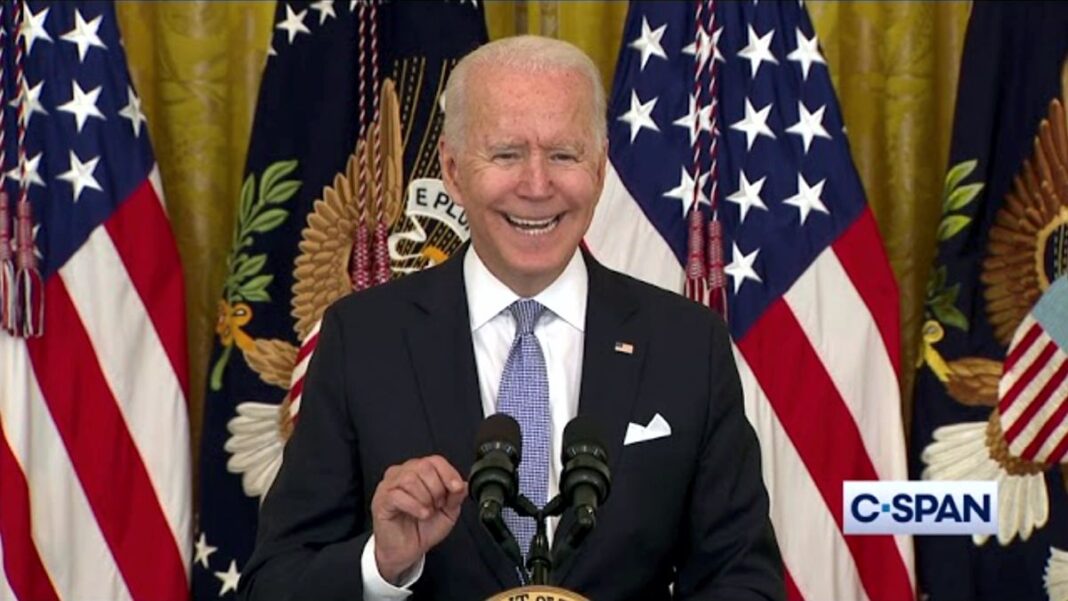 After months of criticizing Sens. Joe Manchin and Kyrsten Sinema for balking at the original $3.5 trillion price tag, congressional Democrats are finally accepting reality and paring President Biden’s social welfare package to between $1.5 trillion and $2 trillion over the decade.

Does this mean they are responsibly removing the bill’s worst provisions and crafting fiscally sustainable legislation? Of course not!

Instead, welcome to the gimmick Olympics, where progressives are using classic accounting tricks to hide the true cost of the bill.

Instead of producing legislation that truly costs $2 trillion over the decade, lawmakers are crafting as much as $4 trillion worth of new initiatives, but simply using fake expiration dates to score only a few years of each proposal. The idea is to create new federal programs, hook the constituencies on new federal benefits, and then assume that future Congresses and presidents will not dare to allow them to expire. Those assumed extensions will then blow up the cost far above today’s $2 trillion sticker price.

For example, the March stimulus law temporarily expanded the child tax credit from $2,000 to $3,000 per child (and $3,600 for children under the age of 6), and expanded eligibility to higher incomes. Democrats have made clear that they want this policy made permanent at a cost of $1.3 trillion over the decade. Yet the initial reconciliation proposal expanded the policy for just four years, and now the White House is calling for just a one-year extension — effectively hiding nearly $1.2 trillion in upcoming costs. Congress already renews a small number of tax cuts each December, and the child credit will simply become another annual extender.

But the gimmick Olympics do not stop at the child credit. The White House has reportedly proposed three- to four-year expiration dates for other initiatives such as paid family leave, Medicaid expansion and new ObamaCare subsidies. A proposed new child care program — which a study by the left-wing People’s Policy Project shows could raise child care prices by $13,000 per year — would reportedly phase in slowly and expire after a few years. On the other side of the gimmick window, a new Medicare dental benefit would be delayed until 2028, and then have its costs jump once outside the 10-year scoring period.

Most cynical of all is the Democrats’ maneuver on the $10,000 cap on the state and local tax (SALT) deduction. The $10,000 cap is set to expire at the end of 2025, but House Democrats want to eliminate it immediately. So to “pay for” that immediate $90 billion-per-year tax cut, Democrats would actually impose a new SALT cap beginning in 2026 — count that future revenue as an offset — and then quickly cancel the tax before it ever goes into effect. In other words, they are creating entirely fake future policies in order to count the fake savings today.