Joe Biden’s message to America today was more gun control and he condemned the violence associated with guns that takes the lives of too many people every year. However, Biden is solidly in support of abortion, which has claimed 62 million American lives and annually kills as many 1 million babies each and every year in the United States.

“The idea that we have so many people dying every single day from gun violence in America is a blemish on our character as a nation,” Biden said during remarks at the White House today.

Family members of people who have been killed in shootings like Sandy Hook and the shooting at Marjory Stoneman Douglas High School in Parkland, Florida attended the hearing.

He assured them, “We’re absolutely determined to make change.”

While Biden wants to ban guns and put more limits on them because “people are dying” he has no problem with people dying in abortions. In fact, in January, Biden released a statement celebrating the Roe vs. Wade Supreme Court decision that has resulted in killing 62 million babies abortions. The decision, handed down on January 22, 1973, overturned pro-life laws offering protection for unborn children in most states across the country, and made abortions legal and virtually unlimited.

Biden’s celebrating of abortion is not surprising given that he has promised to govern as the most pro-abortion president in history and his comments about codifying Roe prove that. 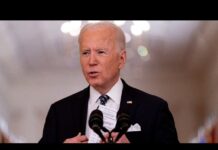 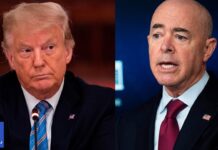