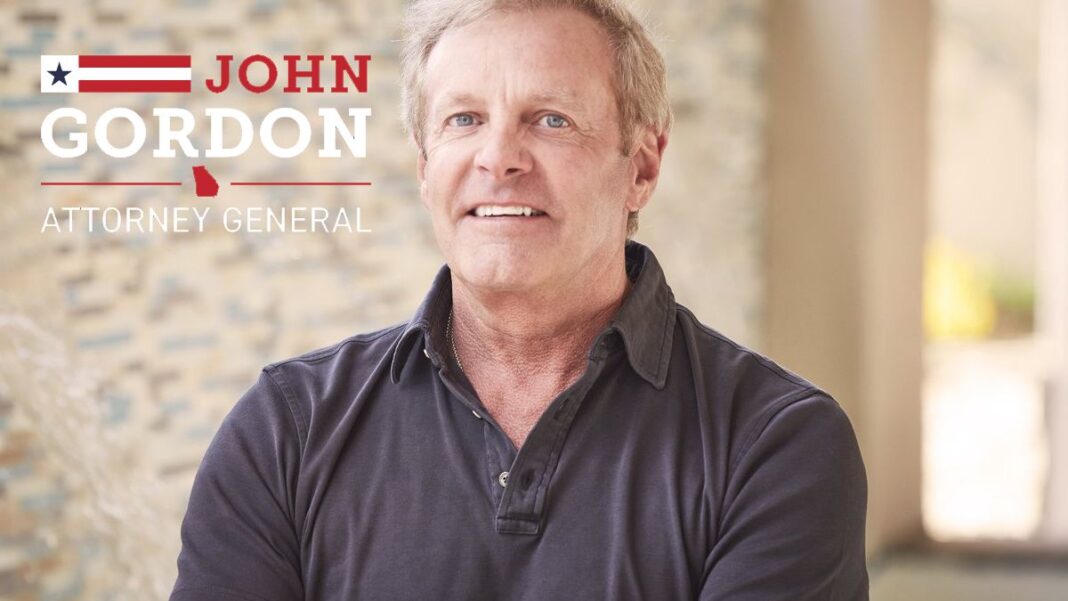 John Gordon is running for Attorney General to protect the people of Georgia, and to enforce its laws and uphold its Constitution.

John Gordon is the only candidate who will fight to protect your vote and the integrity of our elections. As Attorney General, John will enforce existing laws to prevent voter fraud and prosecute anyone who commits voter fraud to the fullest extent of the law. He will work to uncover any fraud that occurred in 2020, and he will make sure it doesn’t happen again under his watch.

John Gordon is running for Georgia’s Attorney General in order to protect Georgians.

John is the only candidate that will protect your votes. As Attorney General John Gordon will enforce existing laws to prevent voter fraud.  He will uncover past fraud and hold people accountable, so election fraud never happens again!

Chris Carr has neglected to perform the duties of the office that he swore an oath to uphold. In fact he has taken the remarkable position that no material fraud occurred in the 2020 elections, even as the Secretary of State has threatened to take over the Fulton Board of Elections for presumably allowing fraud.  They simply cannot have it both ways.

John will also protect our communities against crime, illegal immigration and the influx of fentanyl.  He will also prevent misguided educators teaching critical race theory; from counseling children under the age of 16 on gender identity; and John will guarantee parents’ rights to raise their children as they see fit.

Georgia is of vital importance to every American who wants freedom and to protect our Constitution.

The 2020 elections were fraught with fraud in Georgia.  The fraud deprived President Trump of winning Georgia (he lost by 11,779 votes).  Similarly, David Perdue lost his seat in the U.S. Senate due to election fraud (a margin of 14,917).

The current Georgia Attorney General prepared a “Consent Decree” which was signed by the Secretary of State, settling a lawsuit with Stacey Abrams.  In doing so they exceeded their legal authority!

They changed election laws which is sole authority of the legislature.  In short, they set the stage for the disaster of 2020 and sold out the people of Georgia and the USA in the process!

John Gordon has worked for the past year investigating, exposing and litigating the fraud.  He will immediately upon election open an investigation to expose the fraud and most importantly hold those responsible accountable so this can never happen again in our State!

John Gordon grew up in Macon, Georgia, where he attended Alexander III elementary school and Stratford Academy (Macon, Ga.) from grades seven through twelve.  He then attended Ohio Wesleyan University, followed by Mercer Law School.  John has always worked hard and credits his parents – Lucy and Don – as his role models, who instilled the desire in him to succeed.

John began working as a very young man, serving drinks and snacks to construction workers at the age of 12.  By the time he hit his teenage years, he started working in fast food, then in a machine room at a cotton mill, and then in hospitality and finance.  When he reached his twenties, John got a job at a radio station as he went through law school.

He eventually landed a job as a prosecutor with the District Attorney of Bibb County, Georgia.  From there, John was hired into private practice, starting a successful career practicing law, running a business, and providing jobs.  He’s currently the Managing Partner at Perfect Circle Renewable Energy, LLC.

Throughout his adult life, John has always given back to his community, serving in leadership positions with various groups such as Skyland Trail (Board Emeritus), Friends of English Avenue (Founder and Chair), Peachtree Presbyterian Church, United Way, Georgia Republican Party Foundation, and many others.

John is married to Helen Milner from Atlanta.  They’ve been married for 43 years and have 3 adult children John (Darcy), Spencer and Grayson. 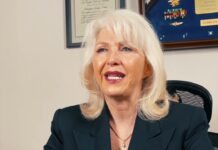 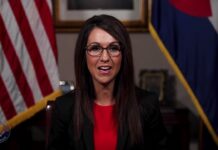