John Sullivan: Interesting. Really interesting on that. Why do you think I’m one of them?

Source: Because of who your father is. Your father’s Psyops, man.

John Sullivan: It was explained to you because I know we were going to storm the Capitol. I’m on chats. I’m on underground chats like, I have my resources, I have my resources. That is not me, but I have people, right, and I’m not saying something f****** cop type s***. I’m saying, my people and my organizations, Insurgence USA, was civil rights group that is Black Lives Matter or if you want label Antifa because Trump wants to label Antifa but I label myself as Insurgents USA, but for people contexts right? Um, yeah, they air in chats. They can, they can easily get me information on what’s going on and same with everybody else. But its a collective of people. You can disassociate yourself. I have John Sullivan. I have Jaden X. That separates, I have insurgents USA, civil rights organization, so it separates my, I separate my identity based on the specific role that I’m playing, right.

Source: Is there really a separation? 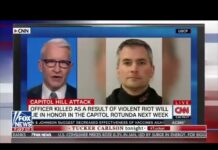 The Media Lied Repeatedly About Officer Brian Sicknick’s Death. And They Just Got Caught. 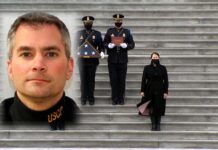