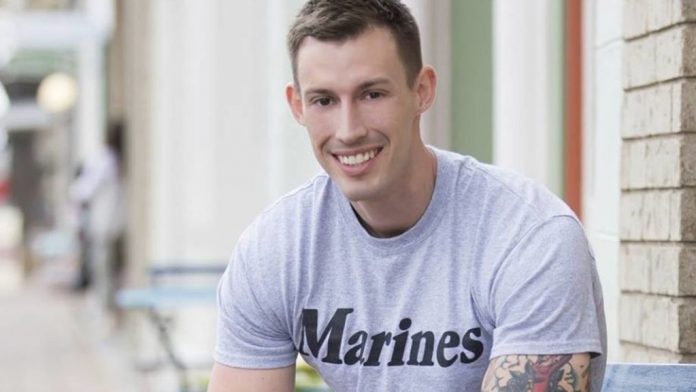 Retired Staff Sgt. Johnny “Joey” Jones recounts the harrowing day in which he lost both of his legs in an unexpected IED explosion in Afghanistan. Join Jones as he reflects on his time as a United States Marine EOD technician and experience the infectious positivity that has been capturing the hearts of so many who hear his story.

Ten years ago this week I was lying on a foreign battlefield in the rural Helmand Province of Afghanistan.

Just moments before I had rendered safe or disarmed an Improvised Explosive Device (IED) or “homemade bomb” and was talking to the Marine providing security for me, Cpl. Daniel Greer.

In the blink of an eye, my life, Daniel’s life and the lives of those we love changed forever.

As I put my helmet and ballistic glasses back on to move towards my patrol, I took a step with my right foot away from a short wall I was leaning against.

My foot landed on a buried IED, activating it and sending me cartwheeling through the air, conscious and without legs.

I landed on my back.

As the dust settled I could tell my legs were gone, just past them, I could see Cpl. Greer lying on his stomach, motionless.

I reach up to my left shoulder for a tourniquet with my right hand but my forearm was severed and my hand lay limp in my lap.

My left arm was under me and I could feel it.

As my body went into shock I realized my efforts should be directed at helping the Marines coming to retrieve us.

The rest of that day is blurry at best. — I’ve been told some details but that’s all the memories I have.

I’ve often looked back on that day with conflicting emotions. I’m grateful to have lived through it and angry about having to live with its permanent effects on my life.