Home Opinion Speaking Out Juan Williams, The Baghdad Bob Of The Democrat Party, Distributes Awards For... 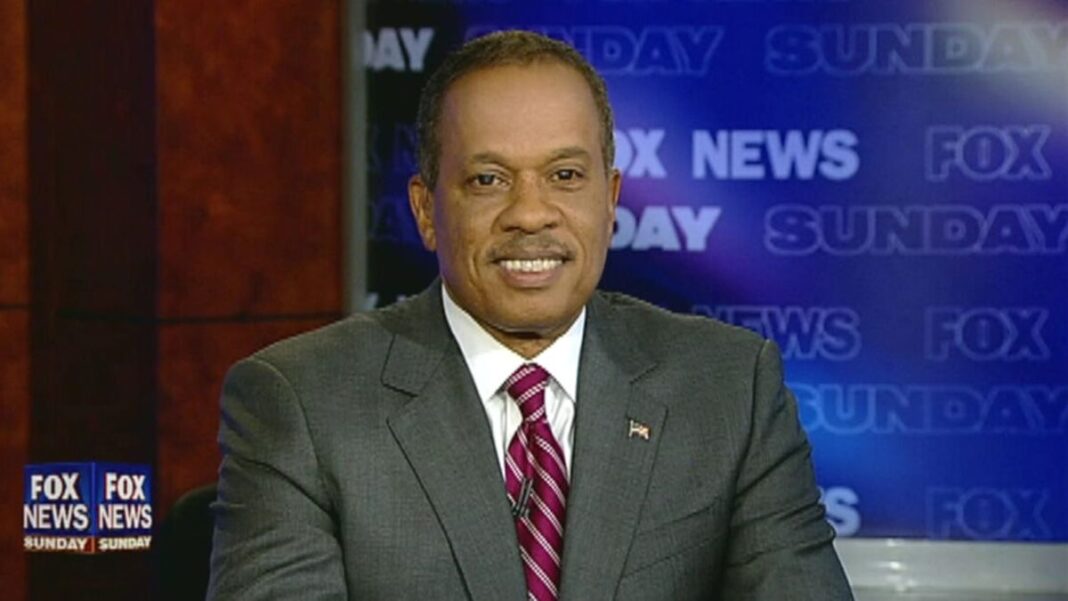 Juan Williams just published his assessment of the midterm elections. He started by declaring that ”there needs to be one prize for Republicans and a separate trophy for Democrats.” Republicans deserve a prize because they won. And Democrats deserve a trophy because they lost, but according to Juan it was “a stunning success” nonetheless.

As a person who, for six years, made his money claiming that “Trump is killing American Democracy,” Juan should be celebrating that “GOP leaders on Capitol Hill are increasingly turning their gaze from former President Trump.” But Juan is none too pleased with the change, already complaining about an emerging new leader:

The reason Juan is scared of Ron DeSantis is the Governor is proving to be a much more effective adversary than President Trump:

“His commanding 19-point reelection victory, as well as his success in attracting mega-donors like Ken Griffin, Steve Ross, and Steve Schwarzman ahead of a possible 2024 presidential campaign, make him the past year’s big GOP winner.”

Not only does the Governor appeal to his own base, but as Juan (rightly!) points out, he is able to convert people across the political aisle to his point of view:

If you are a fair-minded person, the ability to unite both sides of the political debate behind your vision to work toward the common goal would be an impressive feat. But to Juan and his friends on the fringe outskirts of the Democrat Party, this is a dangerous talent. If DeSantis managed to gain the vote of Miami Dade county that hadn’t voted Republican in a generation, New York might be next. Next thing you know the USA may have a leader who is able to finally unite the country – something Juan used to support:

“Biden’s goal, he said is ‘that most elusive of things in a democracy — unity.’

And the idea of unity makes me happy.”

Juan’s desire for unity lasted as long as a piece of bacon on Michael Moore’s plate. As soon as his guy got into the Oval Office, the “idea of unity” got out of fashion really fast:

“It’s time for the Democrats to take the gloves off and make the most of their limited time in power.”

Juan is a mouthpiece for the Democrat Party, and those guys have never wanted any part of “unity.” The Democrat Party has been hijacked by the fringe wing of progressives, whose goal is to impose their radical agenda on the country by the iron hand of totalitarianism. And nobody has been more successful in helping them than Juan’s favorite politician: Nancy Pelosi.

Juan Williams: “I named her a ‘living legend.’ She ranks above any political winner for any single year.”

Is Juan aware that Nancy Pelosi just lost her job? That spectacular fiasco hardly qualifies anybody for a political winner award, unless your name is Dr. Fauci. Nancy Pelosi’s loss is a win for the country, so if we are to declare “a winner of the year,” it would be the American people.

In the earlier part of his article, Juan complains about Ron DeSantis “ramming through” a bunch of his agenda items. When a Republican uses his power to achieve the desired outcome, it is a dangerous totalitarian move. But when a Democrat does it, Juan calls it “incredible success in delivering votes.” And he is doing it in the same article!

Nancy Pelosi is the single most divisive politician this country has ever seen. She intimidated members of her own party into submission by threatening to ruin their careers. Because of Ms. Pelosi, there are effectively no dissenting Democrat voices in the House today, and hence, there is no dialog between the parties.

Here is some impressive “ramming through” by Nancy Pelosi, illuminated by Mr. Williams:

“She shepherded through the biggest expansion of health coverage in a generation by winning passage of the Affordable Care Act.”

“She deftly managed the House through the chaos of the Trump years, successfully impeaching him twice.”

I guess Merriam-Webster dictionary adopted a new definition of the word “successfully.” I have always thought that “success” meant delivering some kind of mutually beneficial outcome. I am not clear what outcome, that’s beneficial for the American people, was delivered by dragging the country through a desperately partisan exercise that had no hope of achieving the desired result – not once, but twice.

Nancy Pelosi made a mockery of the impeachment procedure, once reserved for uniquely qualified crimes, but is now destined to be used for purely partisan purposes. She wasted the country’s time well knowing that President Trump would never get convicted. The last impeachment had happened just days before President Trump left office, prompting useless legal debates that dragged on for days. Her impeachment cases were poorly prepared and widely ridiculed. They were a giant failure – but to Juan Williams, browbeating your own party to go along with a useless political charade is “a stunning success.”

“History will look back on congressional Democrats’ success in 2022 as a victory over the forces that threatened the future of American democracy.”

According to Joe Biden’s speech on the eve of the election, Republicans winning the House would mean an end to American Democracy. But even though the Republicans indeed won the House, the Democrats are celebrating “a success and a victory.” Does Juan realize that Republicans are now in charge of the House of Representatives?

The Democrat Party expected to lose by a wide margin. They lost by a much smaller margin than the polls suggested, but they still lost. If Republicans winning ever meant the end of Democracy, how is a smaller margin of victory saving Democracy? If Kevin McCarthy adopts Nancy Pelosi’s rule of governing, you can kiss Democracy goodbye. No matter what McCarthy’s “evil designs” are, no Republican would ever go against him. I guess Democracy was not in much danger in the first place no matter how the elections turned out. But we already knew that, didn’t we?

Juan Williams is celebrating “a victory over forces that threatened American Democracy.” And because he is just a faithful mouthpiece for the Democrat Party, those forces will always include anybody who does not go along with the Democrat agenda. And that includes Donald Trump, Ron DeSantis, or whoever comes next.