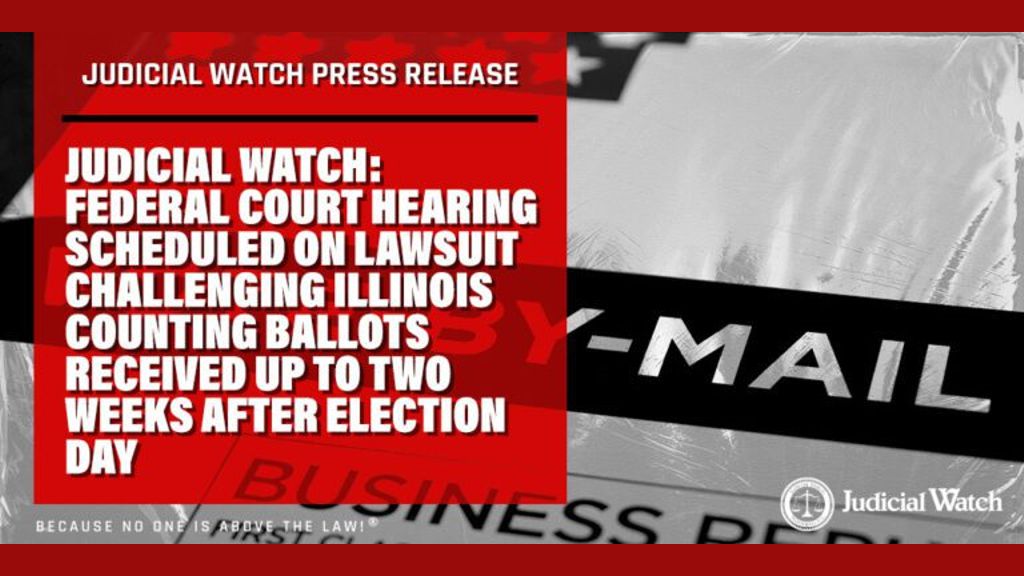 The hearing will be held:

On November 11, 2022, Judge Kness rejected a motion by Democratic Party of Illinois to intervene as a defendant in Judicial Watch’s lawsuit challenging the Illinois election law permitting mail-in ballots to be received as long as two weeks after Election Day.

Federal law defines Election Day as “the first Tuesday after the first Monday in November of every even-numbered year.” The initial complaint states: “Despite Congress’ clear statement regarding a single national Election Day, Illinois has expanded Election Day by extending by 14 days the date for receipt and counting of vote-by-mail ballots.”