Good evening. My name is Daniel Cameron. I’m 34 years old and the first African American Attorney General in Kentucky history. It is an honor to be with you as a proud Republican and supporter of Donald J. Trump. I was raised in Kentucky, just a few miles from Abraham Lincoln’s birthplace. Our first Republican president believed in compassion, self-reliance, freedom, equality, and justice. Sadly, there are some who don’t believe in this wisdom or in the better angels of our shared American history, as they tear down the statues of people like Ulysses S. Grant, Frederick Douglass and even Mr. Lincoln himself. Lincoln said, “Any nation that does not honor its heroes will not long endure.” And for Republicans, our heroes are those who propelled an imperfect nation ever forward, always striving to make life better for everyone. Even as anarchists mindlessly tear up American cities while attacking police and innocent bystanders, we Republicans do recognize those who work in good faith towards peace, justice, and equality.

In fact, it was General Dwight Eisenhower, a future Republican president, who said, “Democracy is a system that recognizes the equality of humans before the law.” Whether you are the family of Breonna Taylor or David Dorn, these are the ideals that will heal our nation’s wounds. Republicans will never turn a blind eye to unjust acts, but neither will we accept an all-out assault on Western Civilization. My values were shaped by my faith and by my parents. I worked at their small coffee shop, meeting people from all walks of life. And I realized something, no matter who we are, everyone needs a cup of coffee. That lesson stuck with me because despite our differences, we all want the same things: for our children to have more opportunities than we did; to feel the dignity of work; and to believe that if you play by the rules, you can make a good life for yourself and your family.

So the question is, will we choose the path that gives us the best chance to meet those universal desires? Or will we go back to a time when people were treated like political commodities, who can’t be trusted to think for themselves? I think often about my ancestors who struggled for freedom. And as I think of those giants and their broad shoulders, I also think about Joe Biden, who says, “If you aren’t voting for me, you ain’t black.” Who argued that Republicans would put us “back in chains.” Who says there is no diversity of thought in the black community. Mr. Vice President, look at me. I am black. We are not all the same, sir. I am not in chains. My mind is my own. And you can’t tell me how to vote because of the color of my skin. Joe Biden is a backwards thinker in a world that is craving forward-looking leadership.

There’s no wisdom in his record or plan, just a trail of discredited ideas and offensive statements. Joe Biden would destroy jobs, raise our taxes and throw away the lives of countless unborn children. And he is captive to the radical left, a movement committed to cancel culture and the destruction of public discourse. They believe your skin color must dictate your politics. And if you fail to conform while exercising your God given right to speak and think freely, they will cut you down. The politics of identity, cancellation and mob rule are not acceptable to me. Republicans trust you to think for yourself and to pursue your American dream however you see fit. Mr. Lincoln said, “the dogmas of the quiet past are inadequate to the stormy present. The occasion is piled high with difficulty, and we must rise to the occasion.” I believe Donald Trump can meet Lincoln’s mandate, even as Joe Biden remains trapped by his own failed record, and by the radicals who dominate his party.

Let’s be honest. No one is excited about Joe Biden. And so I ask you to judge the record. On criminal justice reform, Joe Biden couldn’t do it, but President Trump did. On the economy, Joe Biden couldn’t do it, but President Trump did build an economy that worked for everyone, especially minorities, and he will do it again. And on immigration, Joe Biden promises more to illegal immigrants than he does to you. But President Trump believes his highest duty is to the American worker. The choice is clear. Let me close with something my mom told me, this country’s many faces comprise a family, not separate parts to be divided against each other. And like any family, we care for one another. We grieve together. We share our burdens and our struggles and we celebrate our successes. And though we fuss and fight, we are not enemies. We are Americans, united by a collective faith in our Constitution and laws and the fundamental fairness they represent.

We are defenders of life and of individual liberty. And we carry the mantle of Eisenhower and of Reagan to be a force for good in this world, and one that must always be reckoned with. That’s my Republican Party, the party of Lincoln that believes America is an indispensable nation, an Evergreen Tree standing tall in a turbulent world. And that’s why I am voting for Donald Trump for president. Thank you, and God bless.

Attorney General Cameron leads approximately 200 employees in four offices across the state. As the chief law enforcement officer for the Commonwealth, he is committed to defending the laws of the Commonwealth, protecting Kentuckians, fighting the drug epidemic, and being a voice for the voiceless, including victims of child abuse and human trafficking.

As legal counsel to Senate Majority Leader Mitch McConnell, Cameron participated in the successful confirmation of conservative federal judges, including Supreme Court Justice Neil Gorsuch. Cameron has served as spokesman for the Kentucky Smart on Crime Coalition, and in 2017, the Kentucky Narcotics Officers Association named him “Legislative Staffer of the Year.” His commitment to working with law enforcement was further acknowledged by the endorsement of the Kentucky Fraternal Order of Police.

Cameron grew up in Elizabethtown, graduating from John Hardin High School. He attended the University of Louisville, where he played football, and graduated from the Louis D. Brandeis School of Law. After graduation, he completed a federal judicial clerkship. Prior to his election as Attorney General, Cameron practiced law in Frost Brown Todd’s Louisville office. He lives in Louisville with his wife. 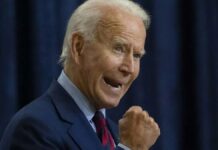