Okay, let me be very clear and respectful to you, You ask me a question, when I answer it it’s the answer to your question, You don’t get to determine whether I answer your question or not okay and all respect. Thank you. No, no, let’s answer her question.

What did Adam Schiff do as the Chairman of the Intel Community? What Adam Schiff did, use his power as a Chairman, and lied to the American public. Even the Inspector General said it.

When Devin Nunez put out a memo, he said it was false.

When we had a laptop he used it before an election to be politics and say that it was false and said it was the Russians, when he knew different. When he knew the intel, if you talk to John Radcliff, DNI, he came out ahead of time and says there’s no intel to prove that, and he used his position as Chairman knowing he has information the rest of America does not and lie to the American public.

When a whistleblower came forward, he said he did not know the individual even though his staff had met with him and set it up.

So, no, he does not have a right to sit on that. But I will not be like Democrats and play politics with these, where they removed Republicans from committees and all committees. So, yes he can serve on a committee, but he will not serve on Intel, because it goes to the National Security of America, and I will always put them first, all right.

And if you want to talk about Swalwell, let’s talk about Swalwell, because you have not had the briefing that I had. I had the briefing and Nancy Pelosi had the briefing from the FBI. The FBI never came before this Congress to tell the leadership of this congress that Eric Swalwell had a problem with the Chinese spy, until he served on Intel. So, it wasn’t just us who were concerned about it, the FBI was concerned about putting a member of Congress on the Intel Committee that has the rights to see things that others don’t, because of his knowledge and relationship with a Chinese spy. They brought it to the works of the leaders. I’ve got that briefing, so I do not believe he should sit on there that committee and I believe there’s 200 other Democrats that can serve on that committee.

So this has nothing to do with Santos. Santos is not on the Intel Committee. But you know what, those voters elected Schiff, even though he lied. Those voters elected Swalwell, even though he lied to the American public, too. So, you know what, I will respect those voters too, and they will serve on Committees, but they will not serve on a place that has national security relevance because integrity matters to me. That’s the answer to your question. 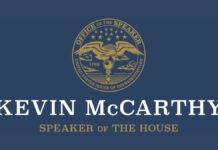 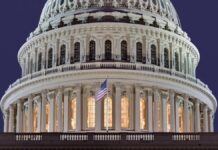