“From a takeover of elections, to restricting Second Amendment rights, the Biden Administration has disregarded constitutional limits on federal power.” ~ Kris Kobach

“On a host of issues from a federal takeover of elections, to attempts to restrict our Second Amendment rights, the Biden administration and its allies in Congress have disregarded the constitutional limits on federal power. The most important officer who can fight back against such unconstitutional actions is a state attorney general,” Kobach said.

Kobach served as a White House Fellow in the U.S. Justice Department and said he is also running to make clear that in Kansas, law enforcement officers are protected and respected.

“The attack by the Left against police officers across the country has reached a fever pitch. In Kansas, I will make clear from the top that we stand with law enforcement, and we value the officers who protect us.”

Finally, Kobach said that he is running to protect life and to protect Kansas’s laws from attack by the ACLU and its allies.

“When the Legislature passes a law to protect the unborn or to protect our way of life in a manner the Left does not like, the ACLU and its allies inevitably sue. The attorney general must have the expertise and the willingness to defend our laws in court,” Kobach said.

Kobach clerked for the Tenth Circuit Court of Appeals and shortly thereafter became a professor of constitutional law at the University of Missouri – Kansas City School of Law. Kobach received a White House Fellowship from President George W. Bush. He served in the United States Department of Justice under Attorney General John Ashcroft as Counsel to the Attorney General.

He has litigated some of the most high-profile cases in the country, including defending statutes and ordinances against the ACLU on multiple occasions. In 2012, Kobach brought the first challenge to President Obama’s DACA amnesty on behalf of 10 ICE agents. His victory in federal district court paved the way for Texas to defeat the Obama Justice Department in its litigation.

Video Top of Page: In front of a crowd and network TV cameras, attorney Kris Kobach outlined his plan to fight the illegal and unconstitutional actions of the Biden Administration as Kansas Attorney General.

Kris Kobach speaks in Hays at the Kansas State Rifle Association Annual Meeting, laying out his reasons for running a campaign for Kansas Attorney General. 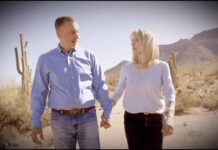 Matt Salmon For Governor of Arizona 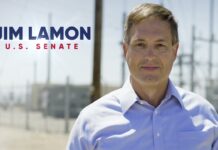