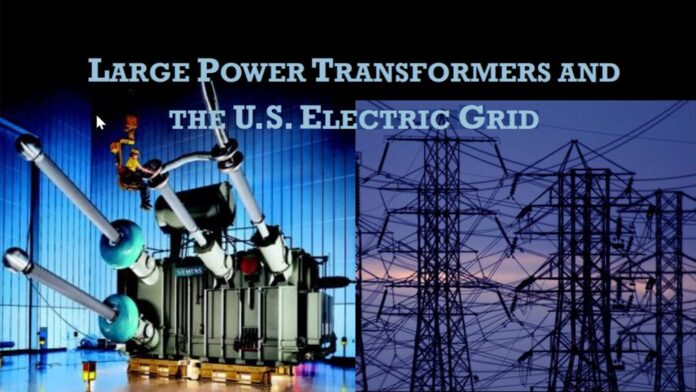 Tiffany Y. Choi of ICF International contributed to this report.

This study updates the initial June 2012 study under the same title, Large Power Transformers and the U.S. Electric Grid. In this report, the Office of Electricity Delivery and Energy Reliability, U.S. Department of Energy (DOE) assessed the procurement and supply environment of large power transformers (LPTs).1 LPTs have long been a concern for the U.S. Electricity Sector, because the failure of a single unit can cause temporary service interruption and lead to collateral damage, and it could be difficult to quickly replace it. Key industry sources have identified the limited availability of spare LPTs as a potential issue for critical infrastructure resilience in the United States, and both the public and private sectors have been undertaking a variety of efforts to address this concern. Therefore, DOE examined the following topics in this report: characteristics and procurement of LPTs, including key raw materials and transportation; historical trends and future demands; global and domestic LPT suppliers; potential issues in the global sourcing of LPTs; and assessment of the risks facing LPTs.

LPTs are custom-designed equipment that entails a significant capital expenditure and a long lead time due to an intricate procurement and manufacturing process. Although prices vary by manufacturer and by size, an LPT can cost millions of dollars and weigh between approximately 100 and 400 tons (or between 200,000 and 800,000 pounds). The procurement and manufacturing of LPTs is a complex process that includes prequalification of manufacturers, a competitive bidding process, the purchase of raw materials, and special modes of transportation due to its size and weight. The result is the possibility of an extended lead time that could stretch beyond 20 months if the manufacturer has difficulty obtaining certain key parts or materials. Two raw materials—copper and electrical steel—account for more than half of the total cost of an LPT. Special grade electrical steel is used for the core of a power transformer and is critical to the efficiency and performance of the equipment; copper is used for the windings. In recent years, the price volatility of these two commodities in the global market has affected the manufacturing condition and procurement strategy for LPTs.

The rising global demand for copper and electrical steel can be partially attributed to the increased power and transmission infrastructure investment in growing economies, as well as the replacement market for aging infrastructure in developed countries. The United States is one of the world’s largest markets for power transformers and holds the largest installed base of LPTs, and this installed base is aging. The average age of installed LPTs in the United States is approximately 38 to 40 years, with 70 percent of LPTs being 25 years or older. While the life expectancy of a power transformer varies depending on how it is used, aging power transformers are potentially subject to an increased risk of failure.

However, the domestic production capacity of LPTs in the United States has seen some improvements. Since April 2010, four new or expanded facilities have begun producing LPTs in the United States, including: Efacec’s first U.S. transformer plant, which began production in Rincon, Georgia, in April 2010; Hyundai Heavy Industries’ new manufacturing facility, which was inaugurated in Montgomery, Alabama, in November 2011; SPX Transformer Solution’s facility in Waukesha, Wisconsin, which completed expansion in April 2012; and Mitsubishi’s new power transformer plant in Memphis, Tennessee, which became operational in April 2013.

The upward trend of transmission infrastructure investment in the United States since the late 1990s is one of the key drivers for the recent addition of domestic manufacturing capacity for power transformers. Power transformers are globally-traded equipment, and the demand for this machinery is forecasted to continue to grow at a compound annual growth rate of three percent to seven percent in the United States according to industry sources. In addition to the need for the replacement of aging infrastructure, the United States has a demand for transmission expansion and upgrades to accommodate new generation connections and maintain electric reliability.

While global procurement has been a common practice for many utilities to meet their growing need for LPTs, there are several challenges associated with it. Such challenges include: the potential for an extended lead time due to unexpected global events or difficulty in transportation; the fluctuation of currency exchange rates and material prices; and cultural differences and communication barriers. The utility industry is also facing the challenge of maintaining an experienced in-house workforce that is able to address procurement and maintenance issues.

The U.S. electric power grid is one of the Nation’s critical life-line functions on which many other critical infrastructure depend, and the destruction of this infrastructure can have a significant impact on national security and the U.S. economy. The electric power infrastructure faces a wide variety of possible threats, including natural, physical, cyber, and space weather. While the potential effect of these threats on the infrastructure is uncertain, public and private stakeholders in the energy industry are considering and developing a variety of risk management strategies to mitigate the effects. This DOE report updates the prior 2012 study and includes the following additional discussions:

Through these and the assessment of the manufacturing and supply issues related to LPTs, this report provides information to help the industry’s continuous efforts to build critical energy infrastructure resilience in today’s complex, interdependent global economy.