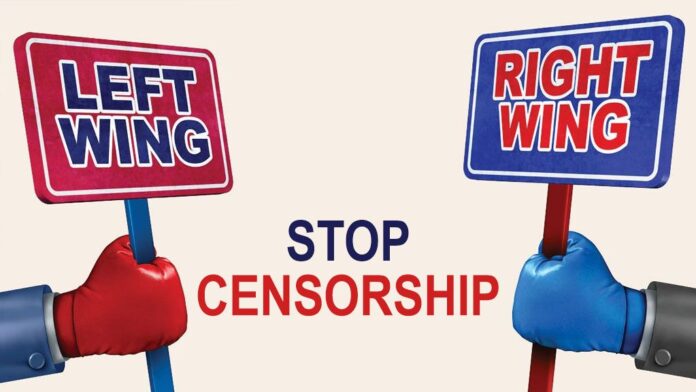 We, a former advisor to President Bill Clinton’s campaign and a former member of the George W. Bush Administration, may not agree on many public policy issues. Figuratively speaking, we wear different colored hats. But we have joined together to sound the alarm against censorship.

Viewpoint censorship threatens to destroy the country as it was intended to be—a beacon of freedom of speech, religion, and assembly. The First Amendment protects citizens from the government controlling speech, and the principle of free speech permeates our founding principles.

Just last week, the White House press secretary bragged that the Biden Administration is working with social media companies to flag speech they find unacceptable. They label it “misinformation” while a better description would be “inconvenient information.”

Corporations may think they are free to censor speech because the First Amendment was written to constrain government, but when they conspire and collude with the government to censor, they have crossed the line and left themselves open to litigation that could destroy their companies.

Last month, emails were made public that seemed to provide evidence that Dr. Fauci and Facebook founder Mark Zuckerberg were colluding to control the information on COVID-19. On March 15, 2020, Zuckerberg emailed Fauci suggesting they partner on COVID information. Within this email there is a portion that is redacted. We see no reason for redaction except that it might expose infringements of free speech.

On April 16, 2020, Facebook announced that it would, “combat COVID-19 related misinformation.”  We now know that much of what was deemed “misinformation” by Facebook was in fact true information that would have exposed the government’s disinformation.

There is not just improper coordination between government and the private sector to shape messaging about an important public health issue, but actual censorship from Tech moguls who are doing the dirty work of government to skirt the plain meaning of the Constitution.

All censorship is troubling, but the recent suppression of medical information is outrageous.

By Lori Roman and Naomi Wolf