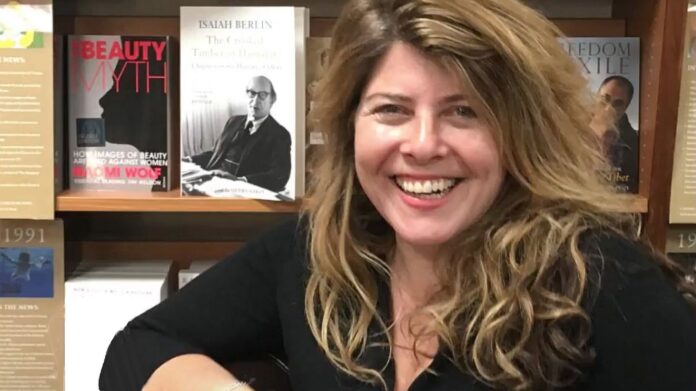 Women’s health and civil liberties author and journalist Naomi Wolf has had her Twitter account suspended and Youtube channel frozen after she raised questions regarding the COVID-19 vaccine side effects, the constitutionality of lockdowns, and the candor of Anthony Fauci, head of the U.S. National Institute of Allergy and Infectious Diseases (NIAID).

She now considers legal action, she told The Epoch Times.

She hasn’t been given any explanation as to what piece of content that she posted on the social media platforms triggered the suspension, despite her multiple attempts to reach out to both Twitter and Youtube, she said. In fact, she received no explanation whatsoever from either platform. Instead, Twitter told the media that she was spreading vaccine misinformation. She considers that both false and defamatory.

Wolf’s case highlights the escalation of social media censorship over the past several years. While the giant tech companies started with purges of voices that the establishment considered right-wing fringe, such as radio host Alex Jones and activist Laura Loomer, the list of taboo topics has now expanded so far that censors are coming after people like Wolf, a liberal feminist and life-long Democrat who used to be published by establishment press, including publications like The New York Times and The Guardian.

Her Twitter account was suspended around June 4, shortly after she posted a video of her husband, a private investigator, reading a publicly available CV of Prof. Ralph Baric, a coronavirus researcher. The bio indicated that Baric’s projects received tens of millions in funding from NIAID.

Fauci testified to Congress that NIAID didn’t fund any “gain of function” research, referring to experiments that enhance viruses, such as by modifying them to infect a different species. But Baric’s CV listed several NIAID grants that have been disclosed as a source of funding for gain of function research in a 2015 paper co-authored by Baric that describes an experiment in which a bat virus spike protein that didn’t work on humans was grafted onto the SARS virus, resulting in a new virus that was not only capable of infecting humans, but also resistant to treatment. The research was also funded by the EcoHealth Alliance group, which in turn received millions in funding from NIAID.