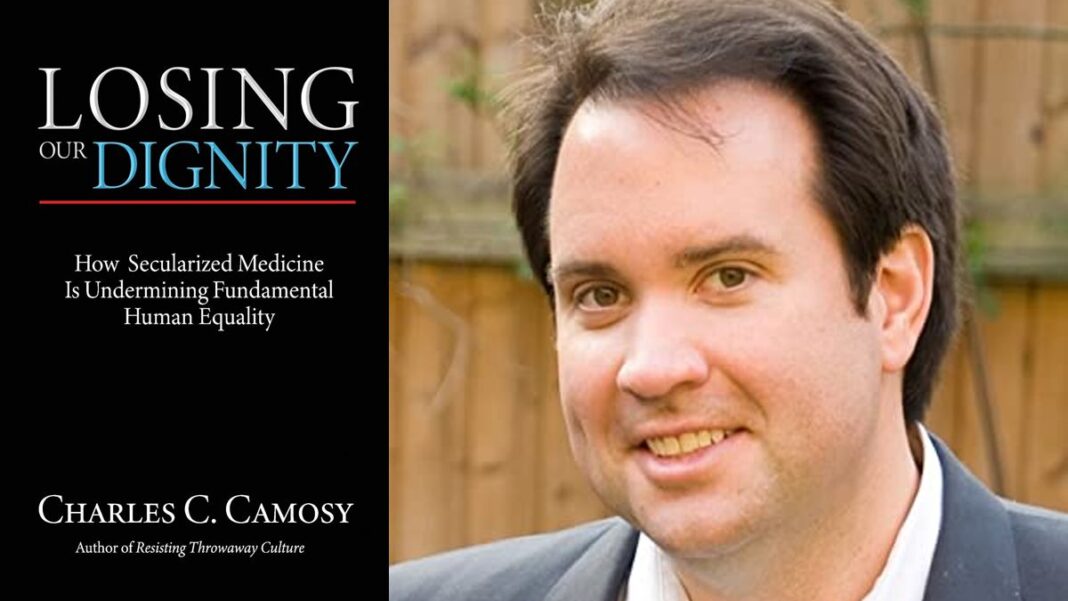 There is perhaps no more important value than fundamental human equality. And yet, despite large percentages of people affirming the value, the resources available to explain and defend the basis for such equality are few and far between.

In his newest book, Charles Camosy provides a thoughtful defense of human dignity.

Telling personal stories like those of Jahi McMath, Terri Schiavo, and Alfie Evans, Camosy, a noted bioethicist and theologian, uses an engaging style to show how the influence of secularized medicine is undermining fundamental human equality in the broader culture. And in a disturbing final chapter, Camosy sounds the alarm about the next population to fall if we stay on our current trajectory: dozens of millions of human beings with dementia.

Human nature being as it is, and human societies being as they are, there is never a time or place when prophetic witness to the inherent dignity and radical equality of each and every member of the human family is out of place. In our society today, such witness is sorely lacking and desperately needed. That is why I am heartened to read Charles Camosy’s powerful new book Losing Our Dignity: How Secularized Medicine is Undermining Human Equality. Professor Camosy gives us what the Greeks called parrhesia―blunt speech, plain talk, bold truth-telling―about the consequences of abandoning a principle that is foundational to any sound account of medical ethics. –Robert P. George, McCormick Professor of Jurisprudence, Princeton University

We are on the brink of a great precipice concerning human rights —- do all persons matter equally because of who they are as members of the human family, or not? Charles C. Camosy has written a powerfully insightful book which explores one of the reasons that some members of our society have fallen out of our moral sphere of concern, namely the rise of secularized medicine and with it a view that only certain members of the human family are truly worth saving. Using poignant examples, Dr. Camosy calls us to action to find a different path forward – one that reclaims an anthropology that views human beings as inherently valuable – because they are the image bearers of God. –Kristin M. Collier, MD, FACP, Assistant Professor of Internal Medicine and Director, The University of Michigan Medical School Program on Health, Spirituality and Religion

Charles Camosy is one of the most important Christian ethicists of our cultural moment, and Losing Our Dignity shows why…This book should be read by anyone with loved ones facing end of life concerns and anyone who longs to see a consistent pro-life ethic enacted in civil society and culture more generally. –Tish Harrison Warren, Anglican Priest and author of Liturgy of the Ordinary and Prayer in the Night

Charles Camosy is associate professor of theological and social ethics at Fordham University. His most recent book, Resisting Throwaway Culture, won first place from the Catholic Publishers Association as “Resource of the Year.” In addition to advising the Faith Outreach office of the Humane Society of the United States and the pro-life commission of the Archdiocese of New York, Camosy received the Robert Bryne award from the Fordham Respect Life Club and received the 2018 St. Jerome Award for scholarly excellence from the Catholic Library Association.