Home Previews Books Not My First Rodeo: Lessons from the Heartland 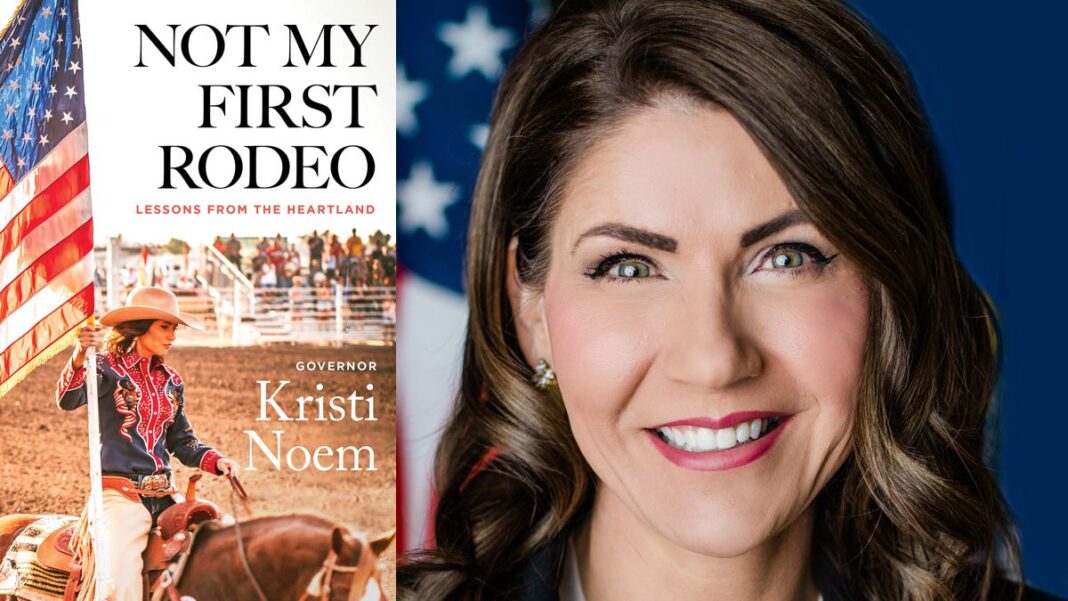 South Dakota governor Kristi Noem tells her rough and tumble story of growing up on a ranch, and how a blessed life of true grit taught her how to lead.

“We don’t complain about things, Kristi. We fix them.” Taking her father’s words to heart, South Dakota’s first woman governor Kristi Noem shares heartfelt – and heartbreaking – lessons on making things right in the world, from her childhood on a farm in the vastness of rural America, to the marbled halls of Congress, to the national spotlight amid a global pandemic.

From humorous barnyard battles with feisty cattle and rodeo horses, to the tragic and untimely death of her larger-than-life father, to her decision to her decision to return and run the farm and ranch with her family, Noem invites readers into a life defined by work, faith, and helping others. Noem’s reflections are offered in the familiar, unvarnished voice of a woman who later defied Washington’s most powerful politicians and led the people of her small, hardscrabble state through natural disasters, the pain of a global pandemic, and the fear and turmoil that gripped the nation after.

While filled with plenty of candid observations and refreshingly frank assessments of the country’s leading figures, the memoir’s most powerful moments nevertheless come from honest glimpses into marriage, motherhood, and leadership in an unpredictable time.

Far from a book about politics, Not My First Rodeo is the story of a life lived so far – with characters as richly textured as the Black Hills, and reflections as gentle and powerful as America itself.