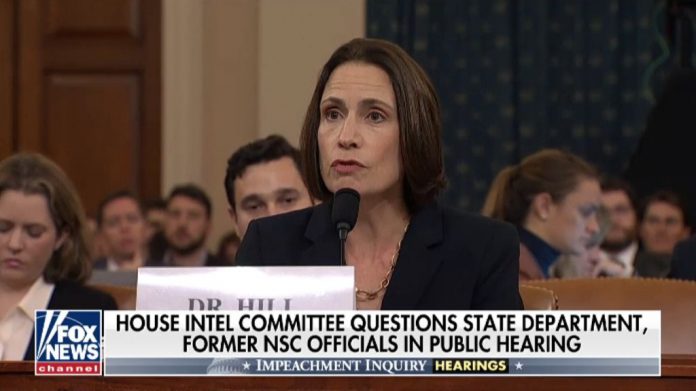 “Many officials from many countries, including Ukraine, bet on the wrong horse. They believed former [Secretary of State Hillary] Clinton … was going to win,” she said. “And many said some pretty disparaging and pretty hurtful things about President Trump, and I can’t blame him for feeling aggrieved about them.”

“The difference here, however, is that hasn’t had any major impact on his feelings towards those countries. Not that I have seen,” she said. “But I have also heard the president say … that Ukraine ‘tried to take me down.’ “