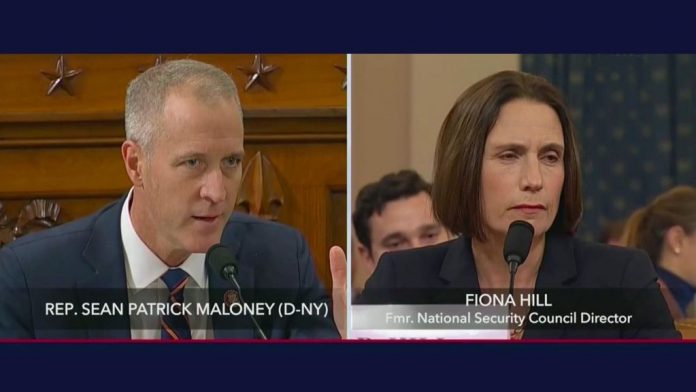 Rep. Sean Patrick Maloney apologizes to Hill for “epic mansplaining” by Rep Michael Turner, but it was Maloney who was mansplaining Fiona Hill, who is quite capable of being questioned like anyone else who testifies in an all important impeachment hearing.

Mansplaining is a pejorative term meaning ” to comment on or explain something to a woman in a condescending, overconfident, and often inaccurate or oversimplified manner”. Author Rebecca Solnit ascribes the phenomenon to a combination of “overconfidence and cluelessness”. ~ Wikipedia