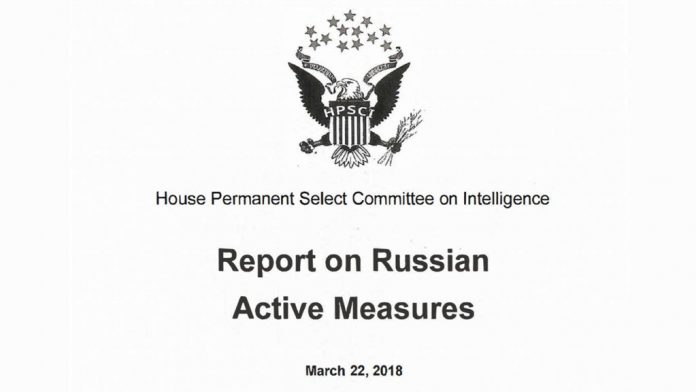 “Based on questions and statements I have heard, some of you on this committee appear to believe that Russia and its security services did not conduct a campaign against our country—and that perhaps, somehow, for some reason, Ukraine did.” said Fiona Hill

The top Republican on the committee, Rep. Devin Nunes, pushed back by holding up a copy of the GOP-led Intelligence Committee’s 2018 Report on Russian Active Measures finding that Russia interfered in the 2016 election.

“What you just said was not true…but you felt the need to put it in your eight-page statement,” Rep. Mike Turner, R-Ohio, told her.

New York Rep. Elise Stefanik said: “Not a single Republican member of this committee has said that Russia did not meddle in the 2016 elections.”

Ohio Rep. Brad Wenstrup told Hill her statement was “false,” saying she was just repeating “Mr. Schiff’s narrative,” referring to the Democratic committee chairman. “That’s where you’ve heard it. We did a whole report on it.”