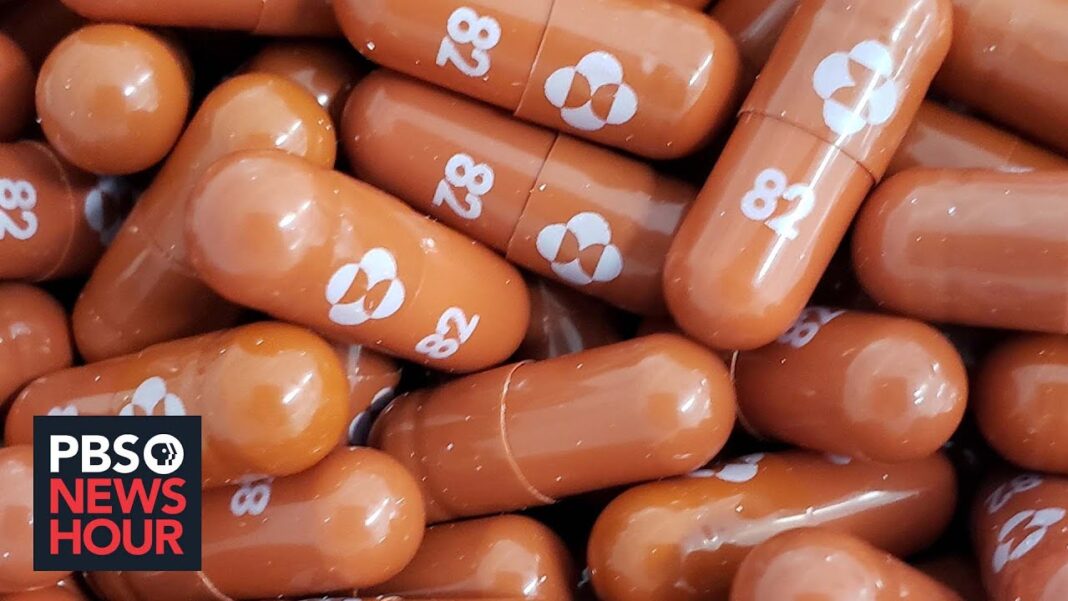 Merck and its partner on Monday announced they filed an emergency use authorization application with the U.S. Food and Drug Administration (FDA) for their oral antiviral medicine for the treatment of COVID-19.

The pill is meant to combat cases of mild or moderate COVID-19.

Merck said last week that an interim analysis of its phase 3 trial studying the drug showed it was effective in cutting the risk of hospitalization, a key measure in COVID-19 treatments.

The antiviral, molnupiravir, cut the risk of hospitalization or death in half for adults who were deemed at risk but not hospitalized, according to a summary Merck released.

The results were touted by the companies and a number of experts, including former FDA Commissioner Scott Gottlieb.

“This is a phenomenal result. I mean, this is a profound game changer, to have an oral pill that had this kind of effect, this magnitude of effect in patients who are at high risk who are already symptomatic,” Gottlieb said on CNBC’s “Squawk Box.”

But full results have not yet been published and other experts have said they’re worried about how the pill attacks the virus.

Molnupiravir embeds itself in the virus’s genetic material and causes a high number of mutations, ultimately overwhelming it to extinction, a process known as lethal mutagenesis.

Researchers have said that the method carries risk potential because “the same mutagenic activity that impacts viral replication has the potential for incorporation and mutagenesis of host DNA,” which could contribute to the development of cancer or cause birth defects in an unborn baby. That’s what happened during testing of NHC, the compound molnupiravir creates.

“There is a concern that this will cause long-term mutation effects, even cancer,” Dr. Shuntai Zhou, a scientist at the Swanstrom Lab at the University of North Carolina, told Barron’s.