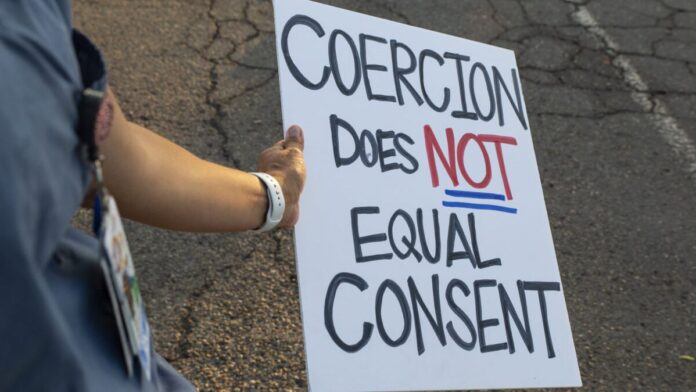 Describing a climate of vaccine shaming and bullying, two Mississippi nurses have reported once amicable work environments degenerate into a division between the vaccinated and the unvaccinated.

One nurse in Jackson, Mississippi—who requested to remain anonymous—told The Epoch Times that when faced with the vaccine mandate at her hospital, she quit and took another job paying $16 an hour more at another health care system that hadn’t implemented the mandate.

However, with President Joe Biden’s announcement on Thursday to mandate the COVID-19 vaccine for health care systems that participate in Medicaid and Medicare programs, the nurse said, even at her new job, her days could be limited.

The mandates will affect more than 80 million workers in the private sector.

“This is not about freedom or personal choice,” Biden said.

For the nurse, it began in December 2020 when the vaccine was offered to staff and she declined.

“Then, we had a financial incentive, but eventually it became a mandate,” she said. “We had to take the shot in order to keep working there.”

Though she considered a religious or medical exemption, she said, eventually she decided that she didn’t want to work in a place that would mandate the vaccine.

Without having a plan, she put in her two-week notice.

“I was just going out on a limb and trusting God,” she said.

Before her two weeks were up, she landed her new job.

For a nurse who had just graduated nursing school in May 2020, keeping a low profile became a navigation tool to get through most days, she said.

“Most people knew I hadn’t taken the shot, and when it was mandated, some asked me if I were going to take it, but ‘no means no,’” she said. “I’m not wavering.”

As the mandate approached, she said she witnessed the workplace become toxic.

White House: US to Restrict Travel From 8 African Countries Over COVID-19 Variant