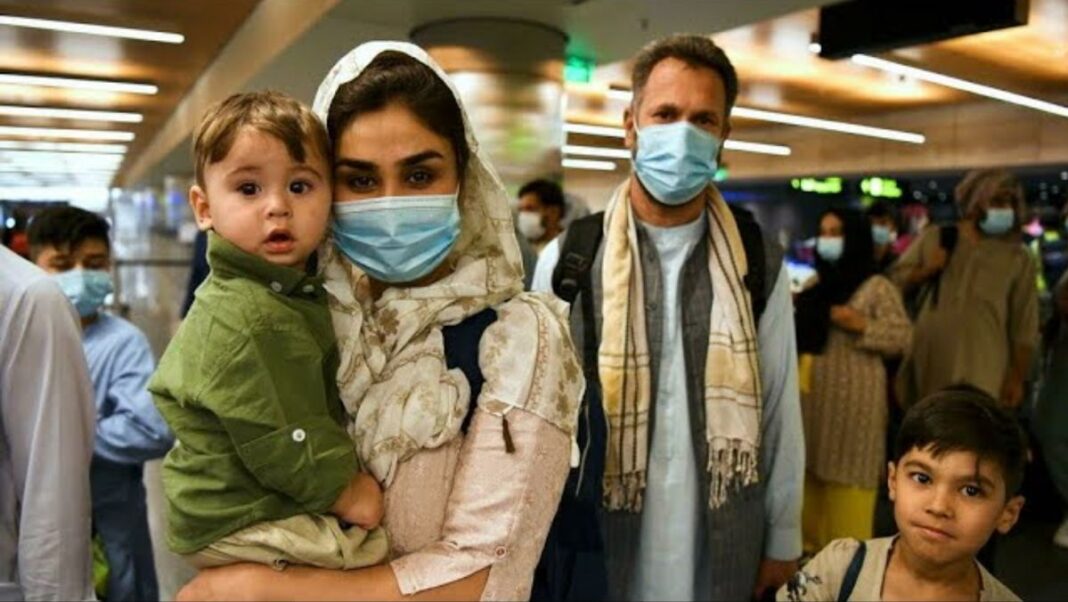 The Biden administration said on Friday that the United States has temporarily suspended flights with Afghan evacuees on board from entering the country after several measles cases were confirmed among recent arrivals.

“‘Operation Allies Welcome’ flights into the United States have been temporarily paused at the request of the [Centers for Disease Control and Prevention] and out of an abundance of caution because of four diagnosed cases of measles among Afghans who recently arrived in the United States,” White House Press Secretary Jen Psaki told reporters Friday.

Several of the individuals who tested positive for measles, she added, are being quarantined by the CDC. The agency started contact tracing to determine who may have been exposed to the viral infection.

According to the CDC, measles is a “highly contagious” virus that can be spread by coughing, sneezing, and by people breathing contaminated air or touching contaminated surfaces and then touching their mouth or nose. Ninety percent of people who are close to a measles case and who are not immune can be infected, the agency says.

Afghanistan is considered a measles hotspot. The CDC said that the country, which has a population of about 38 million, has the seventh-highest number of measles cases in the world.

In Friday’s news conference, Psaki did not say where the measles cases were located. Flights have been going from military bases located within Qatar and Germany to the United States in recent weeks.

Last month, the Department of Defense acknowledged there may be unsanitary and “terrible conditions” at Al Udeid Air Base in Qatar where thousands of evacuees were being stationed.

“We are aware of and as concerned as anybody about what had been some terrible sanitation conditions at Qatar that were facilitated by the sheer numbers and the speed with which those numbers got there,” Pentagon spokesman John Kirby told reporters during a news briefing on Aug. 24.