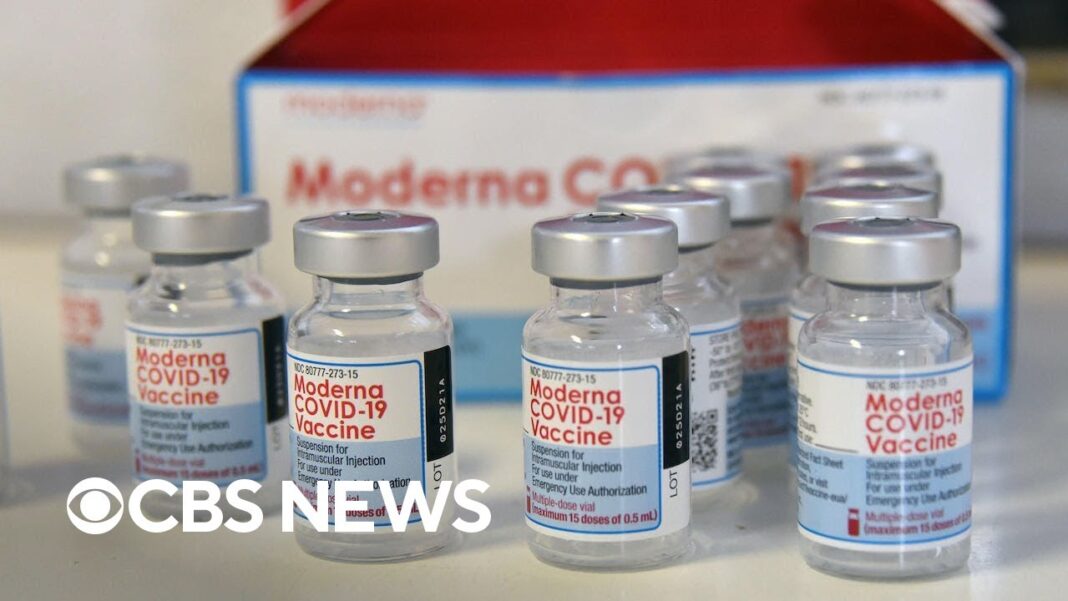 Regulators in the United States and elsewhere should not clear Moderna’s COVID-19 vaccine for children based on a clinical trial that found the shot under 50 percent effective in preventing infection, experts say.

Moderna is pushing for emergency authorization from the U.S. Food and Drug Administration (FDA) for its jab for kids as young as 6 months of age, based on the results of the trial.

The decision to authorize would mean some 20 million of the youngest children in America could get a COVID-19 vaccine for the first time since the pandemic started.

Some parents and experts want that to happen sooner rather than later and are willing to accept less than ideal results. But others aren’t convinced that most of the age group needs a vaccine, especially a shot that doesn’t perform well against emerging variants.

While some children have died or gotten seriously ill from COVID-19, the disease caused by SARS-CoV-2—also known as the CCP (Chinese Communist Party) virus—their vulnerability is much smaller compared with older people, and most youth experience mild or no symptoms, according to the Centers for Disease Control and Prevention (CDC). A recently published study found T-cells, a form of protection, worked better against the virus in infant mice than in adult mice; while another concluded infants and toddlers who contract the virus have a superior immune response when compared to adults.

Particularly for children, “you’ve really got to show the benefits markedly outweigh any risks,” Dr. Peter Collignon, an infectious diseases physician at Canberra Hospital, told The Epoch Times over Zoom.

In 5- to 11-year-olds, for instance, a British government panel determined that 2 million vaccine doses would prevent as few as 17 hospitalizations due to acute COVID-19. Amid a less severe future variant, some 4 million doses would be needed to prevent a single intensive care unit admission.

“No prospective clinical or epidemiological data that I am aware of has been provided to show that younger age groups [tested] in the Moderna study would fare any differently,” Dr. David Gortler, an FDA policy oversight fellow at the Ethics and Public Policy Center who used to work for the FDA, told The Epoch Times in an email.