How we did this

This analysis focuses on views of religious faith and family relationships around the world during the COVID-19 pandemic. It builds on research released in the fall of 2020 about responses in 14 countries to the coronavirus outbreak and U.S. public perceptions of how the pandemic has affected religious beliefs and family situations.

Face-to-face interviews were not possible in many parts of the world due to the coronavirus outbreak, so the study includes only countries where nationally representative telephone surveys were feasible.

The pandemic situation has changed substantially since the survey was conducted. In many European countries, for example, the number of coronavirus cases and deaths was relatively low during the survey period but subsequently spiked in the fall and winter. On the other hand, cases began to rise during the fielding period in Australia, Japan and the U.S.; more recent surges in Japan and the U.S. have since eclipsed those summer outbreaks.

Here are the questions used for the report, along with responses, and the survey methodology.

As the coronavirus pandemic continues to cause deaths and disrupt billions of lives globally, people may turn to religious groups, family, friends, co-workers or other social networks for support. A Pew Research Center survey conducted in the summer of 2020 reveals that more Americans than people in other economically developed countries say the outbreak has bolstered their religious faith and the faith of their compatriots.

Nearly three-in-ten Americans (28%) report stronger personal faith because of the pandemic, and the same share think the religious faith of Americans overall has strengthened, according to the survey of 14 economically developed countries.

Far smaller shares in other parts of the world say religious faith has been affected by the coronavirus. For example, just 10% of British adults report that their own faith is stronger as a result of the pandemic, and 14% think the faith of Britons overall has increased due to COVID-19. In Japan, 5% of people say religion now plays a stronger role in both their own lives and the lives of their fellow citizens.

Majorities or pluralities in all the countries surveyed do not feel that religious faith has been strengthened by the pandemic, including 68% of U.S. adults who say their own faith has not changed much and 47% who say the faith of their compatriots is about the same.

Some previous studies have found an uptick in religious observance after people experience a calamity. And a Pew Research Center report published in October 2020 showed that roughly a third (35%) of Americans say the pandemic carries one or more lessons from God.

When it comes to questions about strength of religious belief, the wide variation in responses across countries may reflect differences in the way people in different countries view the role of religion in their private and public lives.

European countries experienced rapid secularization starting in the 19th century, and today, comparatively few people in Italy (25%), the Netherlands (17%) or Sweden (9%) say that religion is very important in their lives.1 East Asian countries such as Japan and South Korea have low rates of religious affiliation and observance – at least by Western-centric measures. 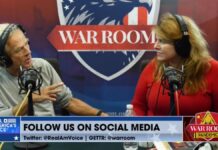 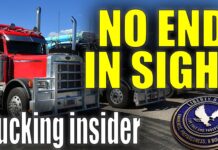 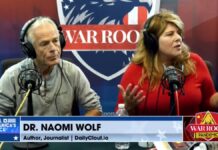 American People Being Lied To By A Misuse Of Statistics