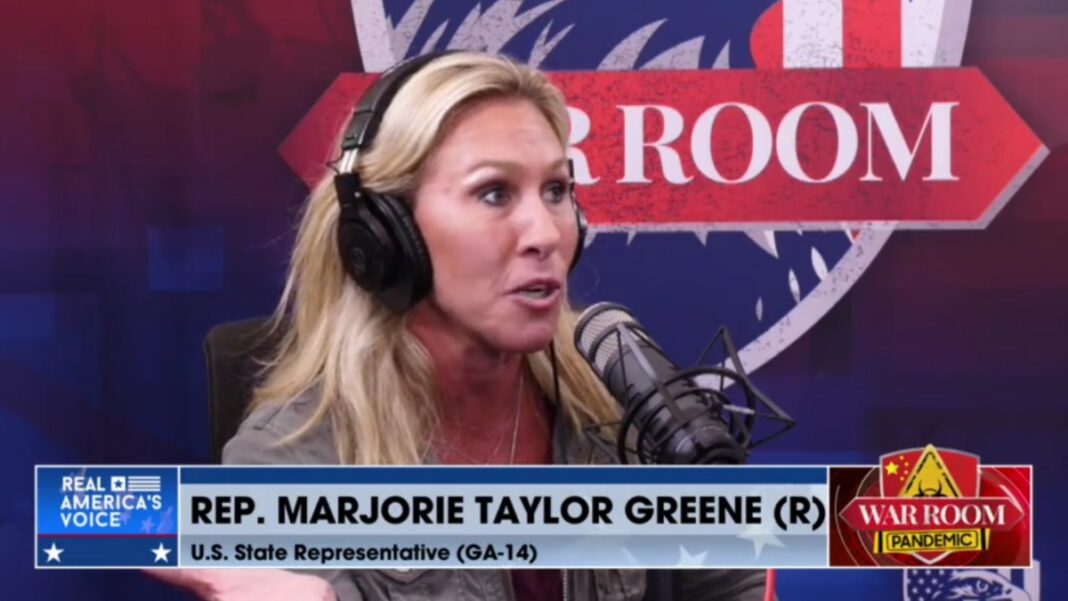 Rep. Marjorie Taylor Greene tells Steve Bannon about being kicked off Twitter, and her plan to go to war with the tech giant unless it gives up its relentless war on conservatives. “I think Twitter is actually at war against our country,” she says. Why did she get banned? Take your pick. Is it because she tweeted actual statistics from CDC about Covid? Or is it because she went after fake conservative Republican representative Dan Crenshaw? Listen to her story, and in Part 2, find out about the connection between Crenshaw, Twitter and notorious anti-Trump billionaire Paul Singer.

Part 2: It’s All About The Money