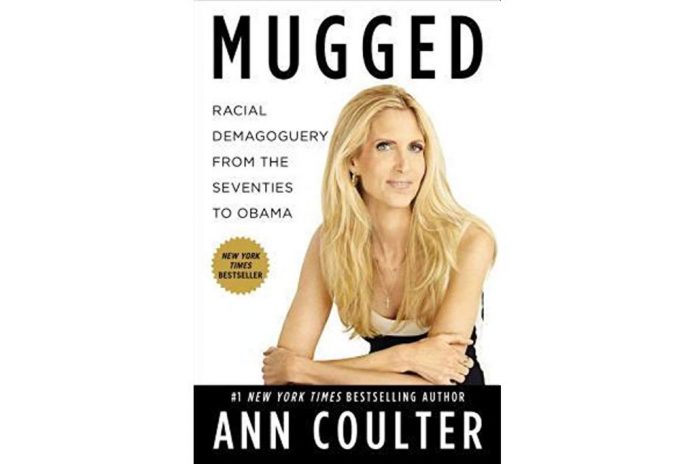 For decades, the Left has been putting on a play with themselves as heroes in an ongoing civil rights move­ment—which they were mostly absent from at the time. Long after pervasive racial discrimination ended, they kept pretending America was being run by the Klan and that liberals were black America’s only protectors.

It took the O. J. Simpson verdict—the race-based acquittal of a spectacularly guilty black celebrity as blacks across America erupted in cheers—to shut down the white guilt bank.

But now, fewer than two decades later, our “pos­tracial” president has returned us to the pre-OJ era of nonstop racial posturing. A half-black, half-white Democrat, not descended from American slaves, has brought racial unrest back with a whoop.

The Obama candidacy allowed liberals to engage in self-righteousness about race and get a hard-core Leftie in the White House at the same time. In 2008, we were told the only way for the nation to move past race was to elect him as president. And 53 percent of voters fell for it.

Now, Ann Coulter fearlessly explains the real his­tory of race relations in this country, including how white liberals twist that history to spring the guilty, accuse the innocent, and engender racial hatreds, all in order to win politically. You’ll learn, for instance, how

Going where few authors would dare, Coulter explores the racial demagoguery that has mugged America since the early seventies. She shines the light of truth on cases ranging from Tawana Brawley, Lemrick Nelson, and Howard Beach, NY, to the LA riots and the Duke lacrosse scandal. And she shows how the 2012 Obama campaign is going to inspire the greatest racial guilt mongering of all time.

“Mugged is not just a book—it’s a public service.”
—The American Spectator

“A refreshing and informative antidote to the divisive narratives about race perpetuated by politicians and the mainstream media.”
—The Washington Times

ANN COULTER is the #1 New York Times bestsell­ing author of Demonic: How the Liberal Is Endangering America; Guilty: Liberal Victims and Their Assault on America; If Democrats Had Any Brains, They’d Be Republicans; Godless: The Church of Liberalism; How to Talk to a Liberal (If You Must); Treason: Liberal Treachery From the Cold War to the War on Terrorism; Slander: Liberal Lies About the American Right; and High Crimes and Misdemeanors: The Case Against Bill Clinton. She is the legal correspondent for Human Events and a syndicated columnist for Universal Press Syndicate.