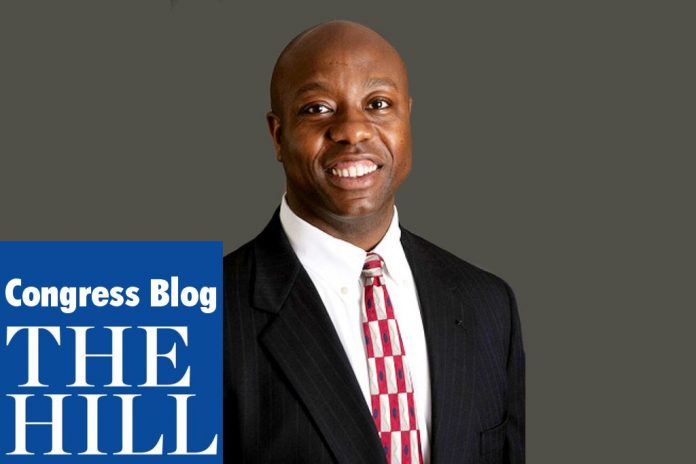 Rep. Tim Scott (R-SC) writes in a blog for The Hill, exploring tax code reforms, explains, “Even a temporary repatriation tax break down to 5.25 percent from 35 percent would produce nearly 3 million jobs over two years, according to the U.S. Chamber of Commerce. That same action would increase our economic output by $360 billion over two years. Simply put, moving to a territorial tax system will level the playing field with the rest of the world.” ~ Rep. Tim Scott

Too often this year, the issue of true tax reform has been blurred by other factors. But make no mistake – it is crystal clear that we need comprehensive tax reform to help ensure stability for American families and businesses, as well as a strong future for our economy as a whole. Without the certainty that will come from reform, families can’t plan their budgets properly and businesses can’t plan investments, expansions and a number of other actions.

Three facts showcase the need for actual tax reform, not just trimming the edges here and there. First, Americans pay $35 billion out of pocket for assistance in filing their taxes; that’s $35 billion that could be spent on groceries or gasoline. Second, we are the only industrialized nation in the last two decades that has raised its corporate tax rate, which certainly played a huge part in 46 Fortune Global 500 companies leaving the United States between 2000 and 2011. And finally, there have been 4,428 changes to the tax code in the past 10 years, but there are only 3,653 days in 10 years.

While we are now left with a tax code so dense the IRS’s Taxpayer Advocate Service has noted it is “challenging to even figure out how long it is,” we have an opportunity to take concrete steps forward.

One of the first things I did upon arriving in Washington was introduce legislation to reduce our corporate tax rate from 35 percent to 23 percent, as well as allow for permanent repatriation of overseas profits. The case for lowering corporate rates is simple – we have the highest corporate tax rate in the entire world. And in the past we’ve seen positive effects from lowering it – within two years of President Reagan’s tax reform, which included cutting these corporate taxes, government revenues increased 31 percent. Staring at a debt of more than $16 trillion, increasing revenues through tax cuts sure seems like an attractive solution to me.

As for repatriation, we have worldwide business leaders leaving $1.2 trillion in profits overseas that could otherwise be used to create jobs here at home. Even a temporary repatriation tax break down to 5.25 percent from 35 percent would produce nearly 3 million jobs over two years, according to the U.S. Chamber of Commerce. That same action would increase our economic output by $360 billion over two years.  Simply put, moving to a territorial tax system will level the playing field with the rest of the world.

As for the income tax, why do we expect folks to be happy with a system that forces Americans to spend 8 billion hours a year doing their taxes, as well as one that accounts for nearly 80 percent of the paperwork citizens must comply with on the federal level? There are more than 1,100 forms and instructional booklets to determine your tax liability, and the instructions for the most common form (1040) are 189 pages long! The instructions for a tax form are 47 times longer than the U.S. Constitution.

A simpler, flatter and fairer tax code is not a pipe dream, but rather it is a necessity. The House has already passed multiple bills that will move us towards a revamp of our tax code, including the Pathway to Job Creation through a Simpler, Fairer Tax Code Act (HR 6169), of which I am an original cosponsor.

The certainty and confidence that a revamped tax code will give American families and businesses is absolutely essential to the future of our economy. How can we expect people to plan ahead when they don’t know what they’re planning for? When you need to plan to send your child to college in ten years or to expand your business in five years, you have to have a feel for what the landscape is going to be. I don’t think there is a person in America that could tell you what the tax code will look like in five years, and there certainly isn’t anyone who can tell you what it will look like in five months. That has to change.