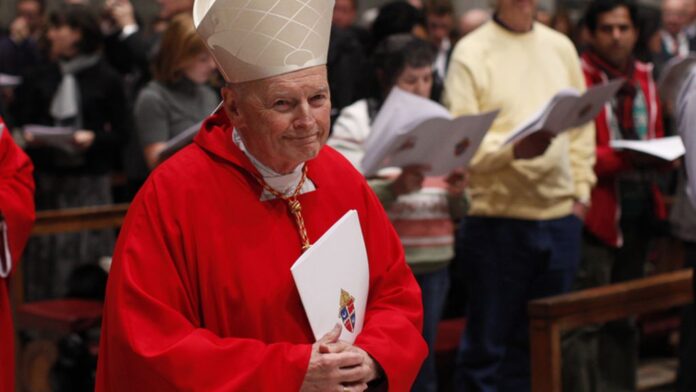 WASHINGTON (CNS) — A firm that has filed previous legal complaints against former Cardinal Theodore McCarrick and church entities added another complainant July 21 against the defrocked prelate, leveling a new accusation that he allegedly abused its new client as a boy at a beach house in Sea Girt, New Jersey, in the early 1980s.

In a July 22 news conference via Zoom, Jeff Anderson of Jeff Anderson & Associates of St. Paul, Minnesota, announced a new lawsuit he said was filed in Middlesex County Superior Court in New Jersey. He said his client, named only as John Doe 14, was groomed by a priest and “procured” for Theodore McCarrick when he was bishop of the Diocese of Metuchen, New Jersey.

Anderson said the new complaint identifies at least seven children who were “groomed by others for McCarrick,” and in addition to McCarrick it names several Catholic entities as defendants including the Diocese of Metuchen, the Archdiocese of Newark, New Jersey, and Essex Catholic Boys High School, which closed in 2003.

The suit alleges that at age 11, the boy began to be sexually abused in 1978 by a priest at a New Jersey parish and the abuse continued at the hands of another cleric at the Catholic high school he attended, and then with Theodore McCarrick in 1982, when the boy was urged to talk to the prelate because his family has having a difficult time affording tuition.

The complaint says the client was not the only boy suffering such abuse on the premises. In the news conference, Anderson said John Doe 14 was just one of a group called “the crew” who would go on overnight stays to a beach house paid for by diocesan funds. There the boys were instructed where to sleep “and in the night, with the assistance of others, Theodore McCarrick would creep into this kid’s bed and engage in criminal sexual assault of him, whispering, ‘It is OK.'”