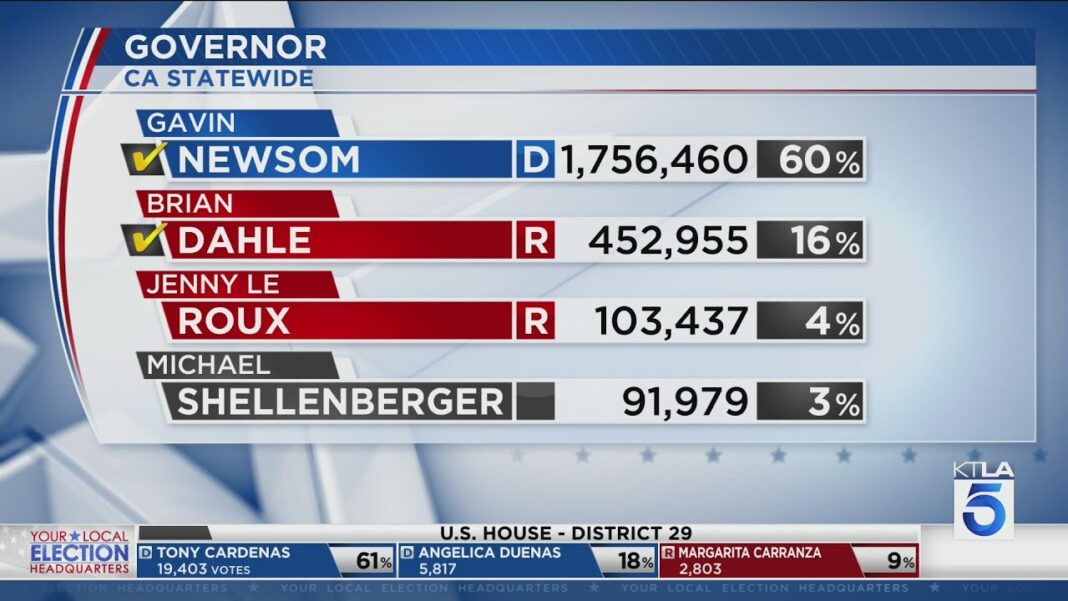 In California’s jungle primary system only the top-two candidates, regardless of party affiliation, advance to the general election.

Gov. Newsom, a progressive Democrat, is eligible to serve for four more years. He was elected to his first term in 2018, when his predecessor Gov. Jerry Brown (D) reached the term limit after eight years in office.

Newsom survived a recall election on Sept. 14 which was not a top-two contest. His closest rival was conservative radio host Larry Elder who chose not to run in the primary.

Newsom has come under fire from opponents on a host of issues, including COVID-19 lockdowns, mask and vaccine mandates, high crime and homelessness, skyrocketing gas prices, as well as his pro-abortion stance, support for Roe v. Wade, and the Democratic Party’s push for “gender-affirming care” policies such as providing puberty blockers and cross-sex hormone treatments for gender dysphoric children without parental consent.

Sen. Dahle (R), a farmer and small business owner, was endorsed by the California Republican Party (CAGOP). He has served on the state Senate since 2019. From 2012 until 2019, he represented California’s First Assembly District, a seat currently held by his wife, Assemblywoman Megan Dahle (R). Before he was elected to the Assembly, Dahle served on the Lassen County Board of Supervisors for 16 years.

Dahle has promised to crack down on crime and has criticized Newsom’s criminal justice reform policies that “foolishly released thousands of criminals from prison.” He has also panned Democrats for spending billions of dollars to solve California’s homeless crisis, only to make the problem “worse than ever.”