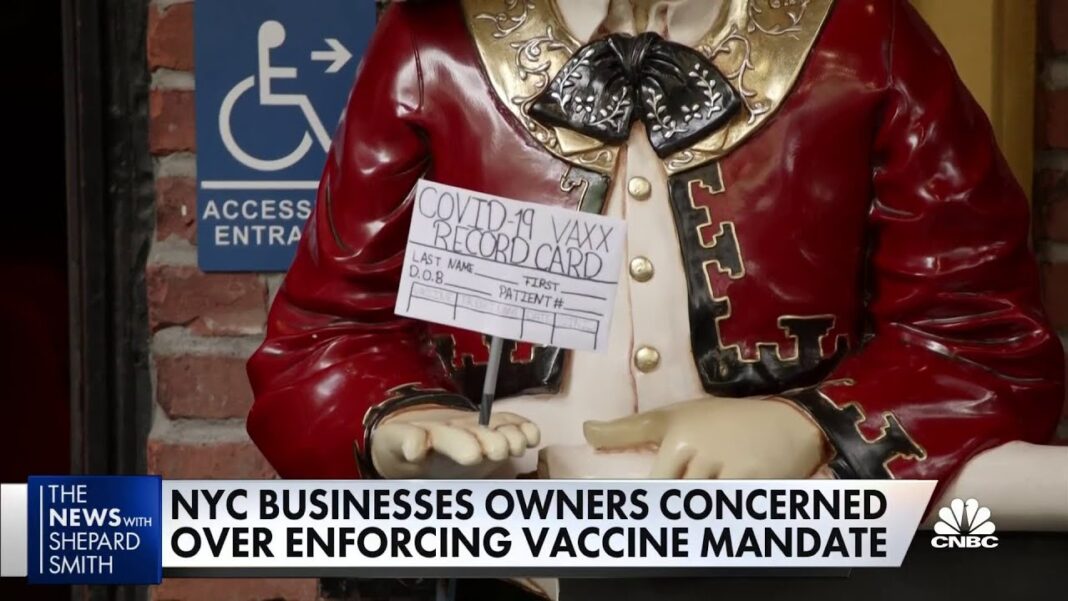 The city managed to inspect nearly two-thirds of the estimated 31,000 businesses that are required to ask their employees and customers for proof of vaccination. Some 8,000 were issued a warning for noncompliance. Of those, more than 3,300 for infractions that would have led to violations which could be penalized with a fine of $1,000 for the first and going up to $5,000 for the third. Upon second inspection at least two weeks later, only 21 establishments were issued violations, according to Jeff Dupee, City Hall’s senior adviser managing the mandate.

Though the mandate allows fines for the first violation, the city has been issuing warnings first “as a matter of policy,” Dupee said, testifying to the City Council’s small business committee on Oct. 29.

The mandate went into effect on Sept. 13. Customers are required to show vaccination cards and a matching ID or digital vaccination passports if they want to use the establishment for more than a quick, 10-minute visit. The businesses also need to display a sign announcing the mandate as well as written plan for implementing the mandate.

Almost 77 percent of the targeted restaurants reported worse business as a result of the mandate, according to a survey by the New York State Restaurant Association. Nearly 58 reported “much worse” business, the association’s Kathleen Reilly testified during the hearing.

At least hundreds of businesses have reached out to the committee chair, Councilman Mark Gjonaj, with complaints and concerns regarding the mandate, he told The Epoch Times after the hearing.

Dupee suggested that the city is in fact helping the businesses by informing them about how to comply with the mandate as well as helping them create an environment where customers anxious about the disease would be more comfortable.