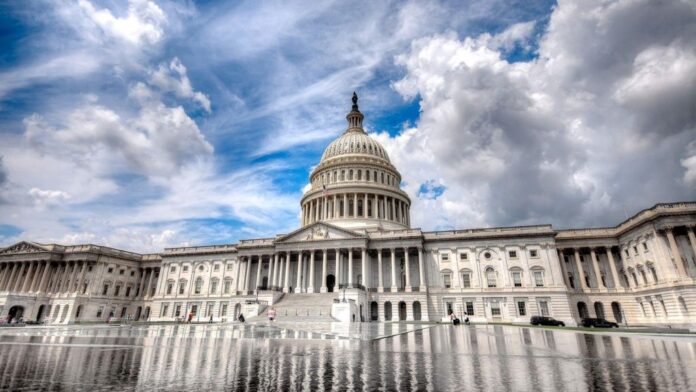 It’s the most powerful three-letter agency in government.

More powerful than the CIA, the NSA and the FBI.

In fact, it’s so powerful it has its own seal and its own flag.

And it’s not part of Homeland Security or FEMA… Although its tentacles reach deep into every one of those agencies.

The mainstream media rarely mentions it by name…

So most Americans have no idea it even exists.

But thanks to an obscure executive order and the secretive, if not treasonous, actions by former President Barack Obama…

It’s become the hidden force behind the coup of a duly elected president and the ongoing “complete transformation of America.”

And only by exposing it and bringing it out of the shadows, will it ever be stopped.
You see, on December 15th, 2015, six months after Donald J. Trump declared his candidacy for president and began to rise in the polls…

Former President Barack Obama signed what at the time, appeared to be an innocuous executive order.

However, Obama’s intentions were much more complex and sinister.

Because with that single executive order, Barack Obama launched an accelerated purge of thousands of American patriots from virtually every government agency — including our intelligence services and the military —while replacing them with party loyalists and political operatives loyal not to the country and the Constitution, but to him and his globalist and progressive-socialist agendas.

A purge that began by transforming an obscure federal agency hidden deep within the bowels of government, into what soon became a private, stay behind army.

An army of political operatives committed to two things:

The complete political, cultural and economic transformation of America as promised by Barack Obama during his 2008 presidential campaign.

And the overthrow of a Donald J. Trump presidency should he be elected.

The Department of The Deep State

The Senior Executive Service, or “SES,” was created on September 19, 1979 during the Carter administration.

It was originally formed to professionalize career civil service, while attracting the nation’s best and brightest in an effort to improve and modernize the management of the federal bureaucracy.

A position within the “SES” is considered the equivalent to general officer or the flag officer ranks in the U.S. Armed Forces.

For that reason, they are often referred to as our “civilian generals.”

Ostensibly, the SES was to be a corps of non-partisan, career managers who serve as the executive management of federal agencies…

Their job being to implement policy, not create it.

To say Obama’s transformation of the SES into an army of political operatives was effective would be a gross understatement.

There are more than 2 million federal government employees. And at the top of that pyramid are approximately 8,000 SES (Senior Executive Service) employees who service as the professional managerial class linking our political leaders to the civil service rank and file.

And Barack Obama as president, replaced more than 6,000 members of the 8,000-member SES during his two terms, assembling what became a stay-behind army of political operatives…2

So how pervasive is the SES?

Here’s a list of the number of SES employees that were embedded in the following government agencies at the end of Obama’s 2nd term in 2016:

Obama’s purge of the military was especially damaging to our national security, as he literally gutted the command structure of the U.S. military.

Not to mention the demoralization of the ranks due to his policies of radical political correctness.

With perhaps the most glaring example being the firings of U.S. Army General Carter Ham and Rear Admiral Chuck Gaouette…

General Carter Ham was relieved as head of U.S. Africa Command because he defied Obama’s “stand down” orders to not mount a rescue mission in response to the Sept. 11, 2012, attack in Benghazi.

And Rear Adm. Chuck Gaouette, commander of the John C. Stennis Carrier Strike Group, was relieved for disobeying orders when he sent his group on Sept. 11 to “assist and provide intelligence for military forces ordered into action by Gen. Ham.”

And as damaging as Obama’s purge of the military was, it was his takeover and transformation of the Department of Justice, the F.B.I. and the Intelligence Agencies that raise the greatest threat to America today.

They’ve become the defacto 4th Branch of Government and are now dictating and carrying out their own policies, while openly subverting and sabotaging those of a duly elected president.

But, before we go any further, please understand this…

Barack Obama was not the architect of these changes, merely the front-man in charge of carrying them out as the Deep State and Shadow Government’s placeholder president.

And that’s the root of President Trump’s problems…

You see, in the post 9/11 world, we’ve transferred far too much power to the office of the president.

And that’s created a very big problem for the Deep State and our Shadow Government.

Is to have an outsider not under their control, become president.

And Donald J. Trump is definitely an outsider who is not under their control.

That’s why they launched their “insurance policy,” before President Trump was even sworn into office.

The one orchestrated by Obama’s secret stay behind sleeper cell…

Located on the 7th floor of the Truman building in Washington D.C.

The “insurance policy” that Peter Strzok (the FBI’s Chief of Counterespionage), referred to in the now infamous text he sent to FBI attorney Lisa Page.

It was “Plan B,” just in case Trump was elected.

It’s what the Steele Dossier, the Mueller Investigation, the entire Russia-gate hoax and their current impeachment witch-hunt is all about…

The office of The President of the United States of America as we know it, no longer exists.

You saw what happened to both of them.

No Dear Reader, they’re not looking for Presidents any more…

Nor will they tolerate one.

Especially one picked by you and not by them.