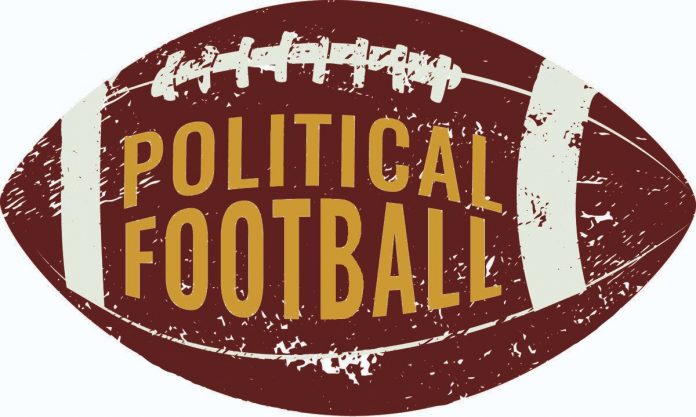 The Conservatives for Comprehensive Immigration Reform coalition is cautiously awaiting the introduction of this year’s Republican Party platform. We are keenly interested to see where, exactly, the Party will ultimately stand on the issue of immigration reform. It is our fervent hope that in this year’s platform, the Party will be willing to stand with their “better angels.” By that, we mean that we hope that the Party embraces the call for adhering to the Rule of Law, but also calls for adhering to a call for a more compassionate conservatism. Unfortunately, it seems that there is a very good chance that the party will will embrace the former, while neglecting the latter.

Conservatives are conflicted between these positions, and some see a conflict between these seemingly separate philosophies. This conflict is reflected in the policy proposals that the Platform Committee will be presenting at this year’s convention, which lean heavily toward the Restrictionist wing of the party. Personally, we do not see such a disparity between these positions. We believe that the tenets of the Rule of Law and Compassionate Conservatism are both grounded in our Judeo-Christian roots. So is the concept of American Exceptionalism. President Ronald Reagan firmly believed in American Exceptionalism. He saw the United States as the “shining city on a hill.” President Reagan saw no disparity between his belief in a Rule of Law America, and a compassionate America. It was President Ronald Reagan who believed in and passed the last true attempt at a solution to our immigration dilemma.

In the 1986 signing statement for his immigration bill, President Reagan declared that “We have consistently supported a legalization program which is both generous to the alien and fair to the countless thousands of people throughout the world who seek legally to come to America. The legalization provisions in this act will go far to improve the lives of a class of individuals who now must hide in the shadows, without access to many of the benefits of a free and open society.”

There are some conservatives that fundamentally disagree with President Reagan’s philosophy of embracing the rule of law, as well as compassion. These adherents of the Rule of Law argument against Comprehensive Immigration Reform often frame their argument by pointing to the Biblical passage of Romans 13, which opens with the sentence, “Let every person be subject to the governing authorities.” This year’s Platform Committee has approved a platform that is decidedly favoring this point of view. However, we would suggest that to really see how the Bible looks at the issue of immigration, and how we should deal with the 11,000,000 undocumented immigrants that reside in our country, one must continue reading Romans 13, which continues, “….owe no one anything, except to love one another, for the one who loves another has fulfilled the law….’You shall love your neighbor as yourself.’ Love does no wrong to a neighbor; therefore love is the fulfilling of the law.”

Therefore, if the Bible specifically ties the concepts of obeying the law, and loving your neighbor as going together hand in hand – particularly in the “Rule of Law” verse of Romans 13 – then we say that we should look to the bible to draft an immigration platform that looks to adhere to the rule of law, while also embracing the call to be compassionate to others that are our neighbors, even if they are here outside the legal immigration system. We must find a way to respect both concepts, as they are, in fact, one concept under God.

There is much at stake in the drafting of this year’s platform on immigration policy. While there are serious political ramifications that must be taken into consideration, our highest calling must be to call for changes to our immigration system that will ultimately solve our Nation’s immigration crisis. We need to, once and for all, stop the flow of illegal immigration. However, we must also deal strictly, yet compassionately, with the millions of good people that have been here, and contributing positively to our communities for a decade or longer. We must heed the Biblical call to treat these people, our “neighbors,” with love and compassion, even as we must administer stern justice regarding their prior illegal presence. We must make sure that these people are “subject to the governing authorities,” but we call on the Republican Party to craft a conservative solution; a “just integration solution.”  A just integration solution would call for these undocumented folks to have an opportunity to get right with the law. Republicans must craft a regimen where these people would pay a significant fine, pay any back taxes owed, learn to speak English, learn American civics, pass state and federal criminal background checks, and then be given a lengthy period of probation during which they must continue to follow the rules of the United States. Additionally, the system must be safeguarded against fraud. We do not believe that such an approach can in any way be termed, “amnesty.”

Ultimately, a just integration solution to this crisis would also ensure that we do not encourage future illegal immigration. Therefore, we must call for every business in the United States to check the immigration status of everyone that they employ, through a system such as mandatory E-Verify. We must also, once and for all, insure that our borders are as secure as possible, and that our visa system is also secured, thus preventing visa overstays.

We hope and trust that as conservatives approve this year’s immigration platform for the Republican Party, that they uphold this type of Biblical, and balanced approach. We must be a party that embraces the Rule of Law, but we caution that we must also be the party that treats everyone, friend and neighbor alike, with dignity, with respect, and especially compassion. As Romans 13 specifically calls of us, “Pay to all what is owed to them: Taxes to whom taxes are owed, revenue to whom revenue is owed, respect to whom respect is owed, and honor to whom honor is owed. Owe no one anything, except to love each other, for the one who loves another has fulfilled the law.”

We feel that the Republican Party is at a crossroads on this issue. Conservatives can continue down the road of inaction, or they can take a new path forward. The Republican Party has been presented with an historic opportunity to craft a conservative and compassionate immigration policy according to their values and ethics. In point of fact, the Democrats were presented with this opportunity in 2008, but frankly fumbled the ball. Now, all the Republican Party has to do is pick up the ball and run. To continue the football metaphor, this issue finds the Republicans with a “first and goal” possibility for immigration reform. They must not squander this opportunity. They must take this opportunity to score. It will be a victory for the party, but more importantly, it will be a victory for practicality, for our America values, and yes, for the Rule of Law. But most importantly, it will be a huge victory for America. Therefore, let us honor President Reagan, and “win one for the Gipper.” The GOP now has a golden opportunity, by moving forward with a just and conservative integration solution, to do just that.

Two not so “opposing” articles worth reading:

Comprehensive Immigration Reform Is Dead–and the left is to blame 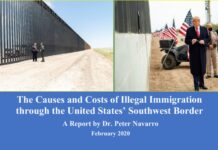 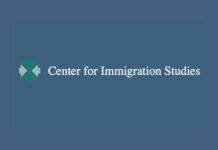 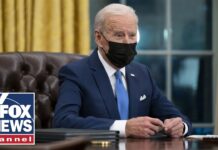 Joe Biden to Release 25,000 Illegal Aliens into the U.S. While Cases are Heard