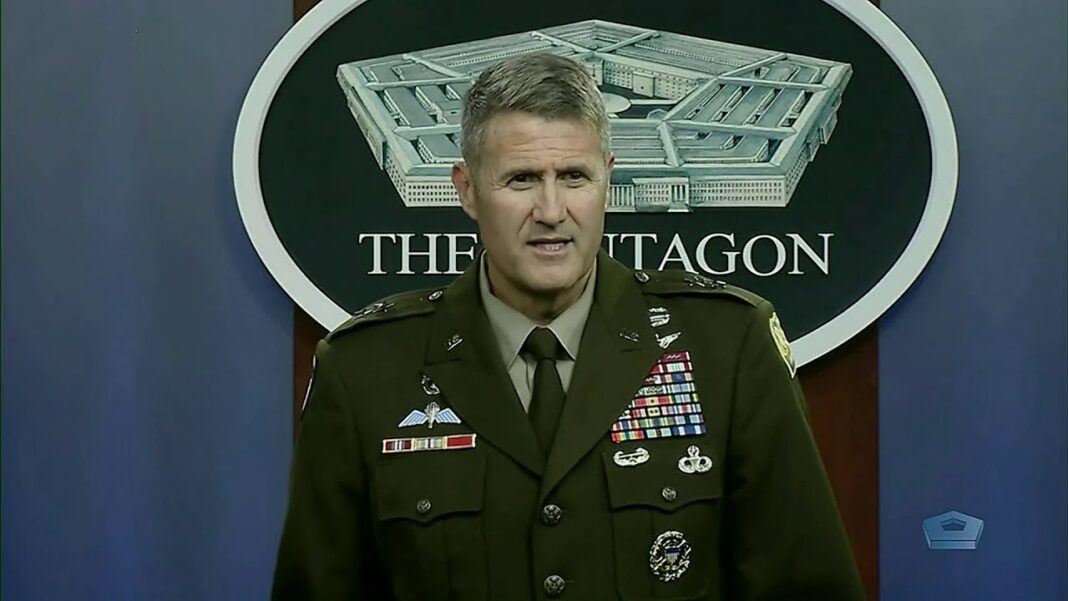 A single suicide bomber carried out the deadly Aug. 26 attack in Afghanistan at the gates of Hamid Karzai International Airport in Kabul, the Pentagon confirmed on Friday.

The U.S. Department of Defense said in initial statements that the attack, which killed 13 U.S. service members and dozens of Afghans, involved two bombers—one attack at the airport and a second at a nearby Baron hotel.

“I can confirm for you that we do not believe there was a second explosion at or near the hotel, that it was one suicide bomber,” U.S. Army Major General Hank Taylor told reporters at a Pentagon news briefing on Friday.

“We are not sure how that report was provided incorrectly, but we know it’s not any surprise that in the confusion of a very dynamic event, it can cause information to sometimes be misreported or garbled,” he added. “We felt it was important to correct the record with you all here.”

The deaths mark the first U.S. military combat-related deaths in Afghanistan since February 2020 and represented the deadliest incident for U.S. troops assigned to the war-torn Middle Eastern nation in over a decade.

The ISIS terrorist group has claimed responsibility for the attack, bragging about a suicide bomber “managing to penetrate all the security fortifications” put into place by U.S. forces and the Taliban.

Following the Aug. 26 attack, President Joe Biden said while speaking to reporters at the White House that the United States will strike ISIS in retaliation for the bombings.

“We will not forgive. We will not forget. We will hunt you down and make you pay,” Biden told the terrorist group responsible for the attack. “We will respond with force and precision, at our time, at the place we choose, and at the moment of our choosing,” he added.