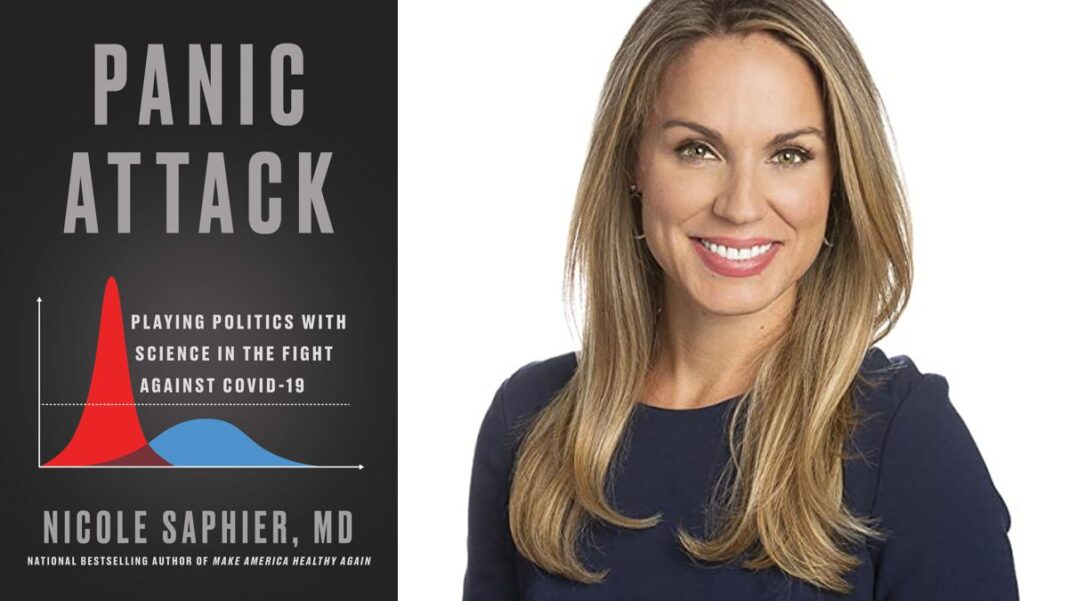 In Panic Attack, nationally bestselling author and physician Nicole Saphier uncovers the hypocrisy and hysteria which has characterized so much of the American pandemic response. While journalists trumpeted the importance of following science to “flatten the curve,” they praised Governors Andrew Cuomo and Phil Murphy, who sanctioned ill-equipped nursing homes to take COVID-positive patients, leading to an enormous death spike for New York and New Jersey. Plus, the old guard medical establishment captured by Dr. Fauci proved to be far too rigid during a health care emergency.

While some state legislators are still concealing accurate records of nursing home deaths, many others have made anti-science decisions regarding re-opening plans; all of which fuel distrust and civil unrest. Democrat mayors like Bill de Blasio openly admitted that their decisions to keep schools closed were fueled by a “social contract” with teachers (that is: teachers’ unions), despite hard science saying this would be harmful.

When anti-science measures are continuously implemented, the long-term consequences of such actions will likely stay with us for years to come. The pandemic has resulted in a failure of government, much of which is unavoidable in a unique disaster scenario. However, the rampant politicization of science, from the origin of the virus to the simple concept of wearing facemasks, has hopelessly muddied the water, divided the country, and knee-jerk anti-Trumpism made it all worse.

“In covering COVID-19, I was appalled by the number of top, reputable scientists who told me they questioned public health guidance and media reporting but didn’t speak out for fear of being smeared and destroyed. It’s a chilling moment for science and journalism. Into this dynamic comes one of the most reasonable and informed voices on the topic, Dr. Nicole Saphier, to finally show you the full scope of the debates they didn’t want you to hear.” — Sharyl Attkisson, investigative reporter, New York Times bestselling author of Slanted

“Effective communication is one of the most powerful tools in public health. Dr. Saphier is a master of it, breaking down the information in a way that is honest and true to the science.” — Marty Makary, M.D., M.P.H., professor at the Johns Hopkins Bloomberg School of Public Health and New York Times bestselling author of The Price We Pay

“In Panic Attack, Dr. Nicole Saphier follows the science, not fear; takes out the politics; and brings some reality to this once-in-a-lifetime pandemic. It’s a must-read for people who want to lead their life smartly but boldly.”
— Brian Kilmeade, Fox anchor and five-time New York Times bestselling author