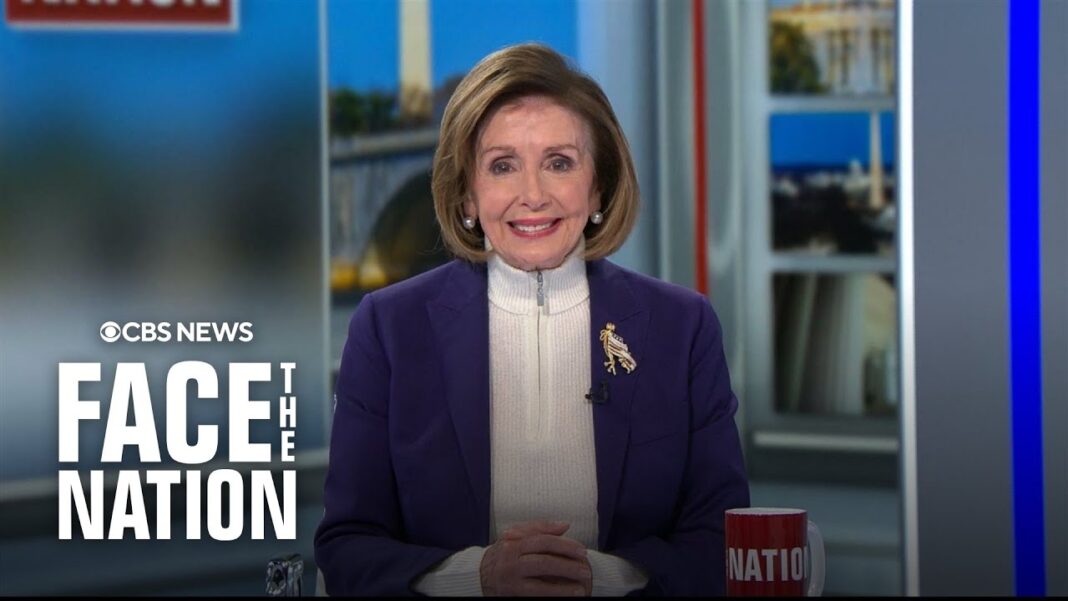 Amid discussions about the Democratic Party’s aging leadership, Rep. Nancy Pelosi (D-Calif.) on Sunday declined to say whether she will seek another term as House Speaker if Democrats keep control of the lower chamber.

Appearing on the CBS program “Face the Nation,” Pelosi was asked about what she meant by her earlier remark on potential new, younger leadership for her party. In response to Rep. Elissa Slotkin’s (D-Mich.) call for “new blood” in the congressional leadership, Pelosi said there is a need for “generational change,” but “in some cases, there’s no substitute for experience.”

“Will you remain in leadership in the new Congress?” CBS host Margret Brennan asked.

“I’m not talking about that. I’m here to talk about how we win the election,” Pelosi replied.

When pressed again, Pelosi insisted that they move on to another topic.

In 2018, Pelosi cut a deal with a group of House Democrats who opposed her long-time leadership to limit herself to four years as House Speaker, vowing to “mentor and advance new members into positions of power.” In the years that followed, however, Pelosi repeatedly dodged questions about whether she is still committed to the promise.

Slotkin, 42, is among the younger Democrats who argue that older members should step down from leadership positions. She said on NBC’s “Meet the Press” earlier this month that her party needs “new blood” in the Congress.

“I have been very vocal, including with my own leadership in the House, that we need a new generation. We need new blood, period, across the Democratic Party, in the House, the Senate and the White House,” the two-term congresswoman said.

“I’ve said I think we need new leaders. I would love to see some Midwestern leaders in there,” she added. “Thats been important to me, is to reflect the middle of the country. We’re here too. But I do think new blood is a good thing.”