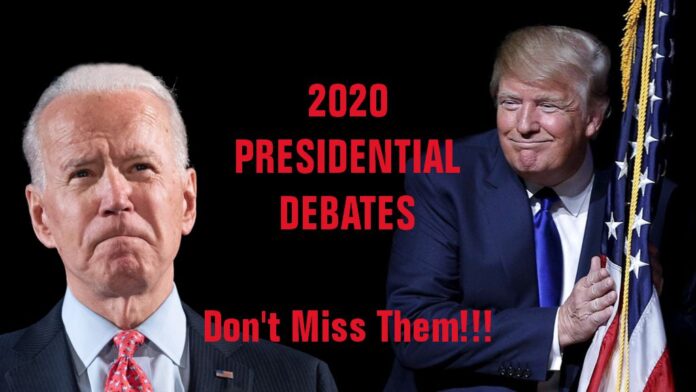 On August 27, 2020, in a news conference at the Capital Nancy Pelosi stated that:

“I don’t think that there should be any debates.”

“I wouldn’t legitimize a conversation with him [Trump], nor a debate in terms of the presidency of the United States.”

During an interview on “Morning on CBS” on Friday, September 25, 2020 Nancy Pelosi made it clear again that she still believes the former Vice President Joe Biden should skip the three scheduled debates saying:

“Oh, I do [think Biden should not debate Trump]. Not that I don’t think he’ll be excellent. I just think that the president has no fidelity to fact or truth and, actually in his comments the last few days, no fidelity to the Constitution of the United States.”

“He and his henchmen are a danger, with their comments, are a danger to our democracy. So I don’t want to give him – I mean, why bother? He doesn’t tell the truth.”

“I wouldn’t legitimize a conversation with him, nor a debate in terms of the presidency of the United States,” she said at the time. “Now I know that the Biden campaign thinks in a different way about this.”

Pelosi doubles down that Biden shouldn’t debate Trump: ‘Why bother?’