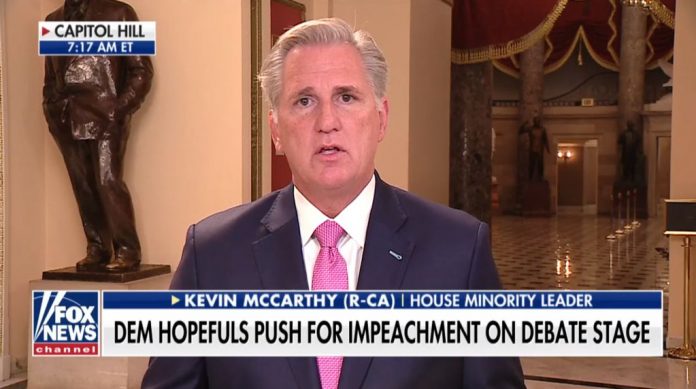 According to Fox News, House Speaker Nancy Pelosi has announced that she has no plans to hold a vote to formally approve a Trump impeachment inquiry. This announcement has been met with an outcry from Americans, Republicans and the White House who argue that not only does the ongoing probe lack legal authority, it also lacks any type of justice.

Legal analysts say that should this clash end up in court before a judge, House Democrats could have a tricky time.

“Pelosi seems to believe that she can hold a press conference and expect courts to accept that a formal impeachment process has begun,” George Washington University Law Professor Jonathan Turley wrote in a Wednesday morning blog post. “Some judges are likely to be uncomfortable with such an immaculate impeachment.”

Reaction and analysis from House Minority Whip Steve Scalise on Peolsi and Syria meeting and ‘Russia Hoax’ author Gregg Jarrett on the impeachment on ‘Hannity.’