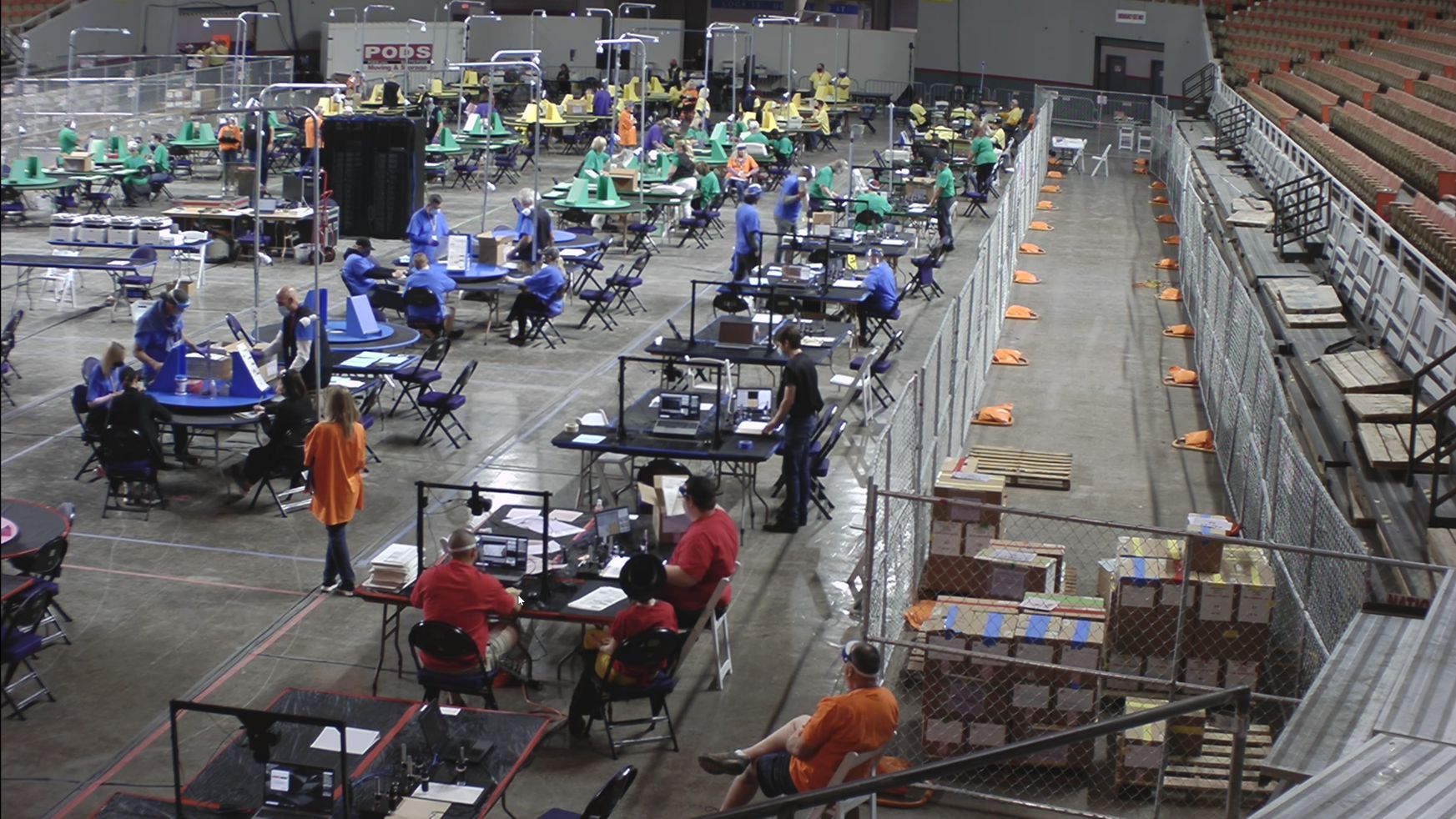 A delegation from Pennsylvania will try to convince legislative leaders in the state to back an audit of the 2020 election after visiting an election review taking place in Arizona’s largest county.

“I’m 100 percent for us having one and I think our leadership is starting to lean that way,” Pennsylvania Sen. Cris Dush told reporters at the Veterans Memorial Coliseum in Phoenix, where the Maricopa County audit has been happening since April 23.

Dush said he was impressed by how the Arizona audit was being done, including how the firms hired by the Arizona Senate are handling chain of custody issues.

“I’ve never seen anything like it to be quite honest with you, it’s fantastic. I’d like to encourage other state legislatures to get down here and take a look at it as well, especially if you’ve had situations like we experienced in Pennsylvania that really have our citizens in an uproar,” he said.

Mastriano told a pool reporter that he supports Pennsylvania conducting an audit like the Arizona one.

“I’m not about overturning anything. I’m just trying to find out what went right, what went wrong. And how do we have better elections in the future?” he said.

That’s the same reasoning Arizona senators have put forth when explaining why they ordered the Maricopa County audit.

One poll showed about 40 percent of voters in Pennsylvania have concerns about the integrity of the election, the state senator noted, adding: “For the sake of our … constitutional republic, and for the sake of people’s peace of mind, let’s just do it. Let’s pick a few counties and put people’s minds at rest.”

A majority of the Pennsylvania legislature would need to support an audit, Mastriano added.