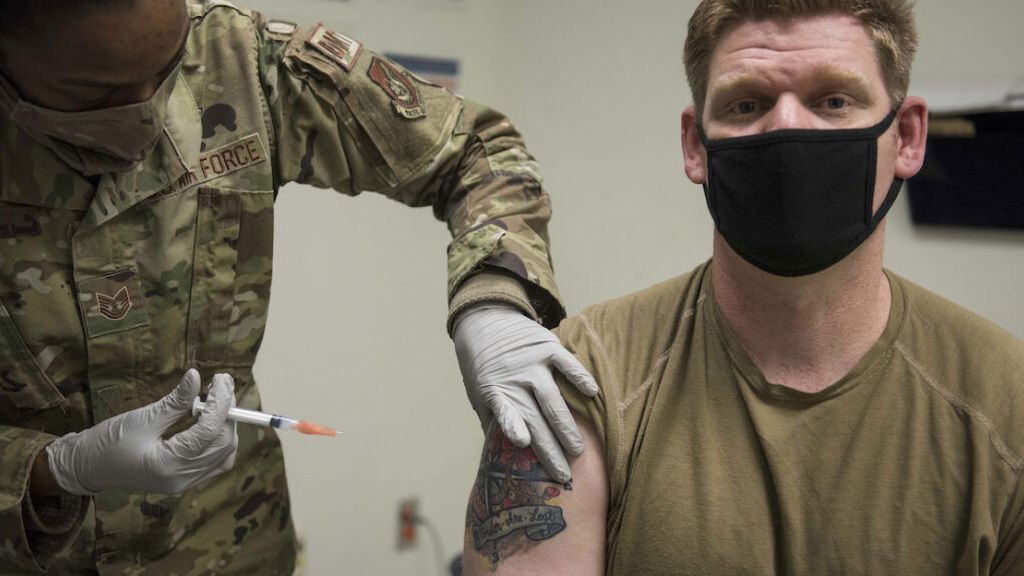 The U.S. Department of Defense indicated it will respond to Oklahoma Gov. Kevin Stitt after his state’s National Guard suggested it would reject a Pentagon COVID-19 vaccine mandate for all service members.

“We are aware of the memo issued by the Oklahoma Adjutant General regarding COVID vaccination for Guardsmen and the governor’s letter requesting exemption. We will respond to the governor appropriately,” Pentagon spokesman John Kirby said in a statement to news outlets on late Saturday.

Without elaborating how the Defense Department (DOD) would respond, Kirby said Pentagon chief Lloyd Austin “believes that a vaccinated force is a more ready force,” and that it’s “why he has ordered mandatory vaccines for the total force, and that includes our National Guard, who contribute significantly to national missions at home and abroad.”

The first military vaccine mandate deadline is Nov. 2, although each branch has set different deadlines by which members should get the vaccine for the CCP (Chinese Communist Party) virus, which causes the disease COVID-19. The Pentagon set a June 30, 2022, deadline for all Army reservists and the National Guard to get the shot, according to a news release from the federal Military Health System issued in September.

Mancino, in his memo, wrote, “I hereby order that no Oklahoma Guardsmen be required to take the COVID-19 Vaccine, notwithstanding any other Federal requirement.”

“Oklahoma Command’s will continue to process Federal vaccine waivers in accordance with DoD policy,” he added. “Additionally, no negative administrative or legal action will be taken against Guardsmen who refuse the COVID-19 Vaccine.”

Stitt, a Republican, previously asked Austin and other Pentagon leaders for waivers regarding the COVID-19 vaccine mandate, and he’s still waiting for a decision, Macino’s memo continued to say.