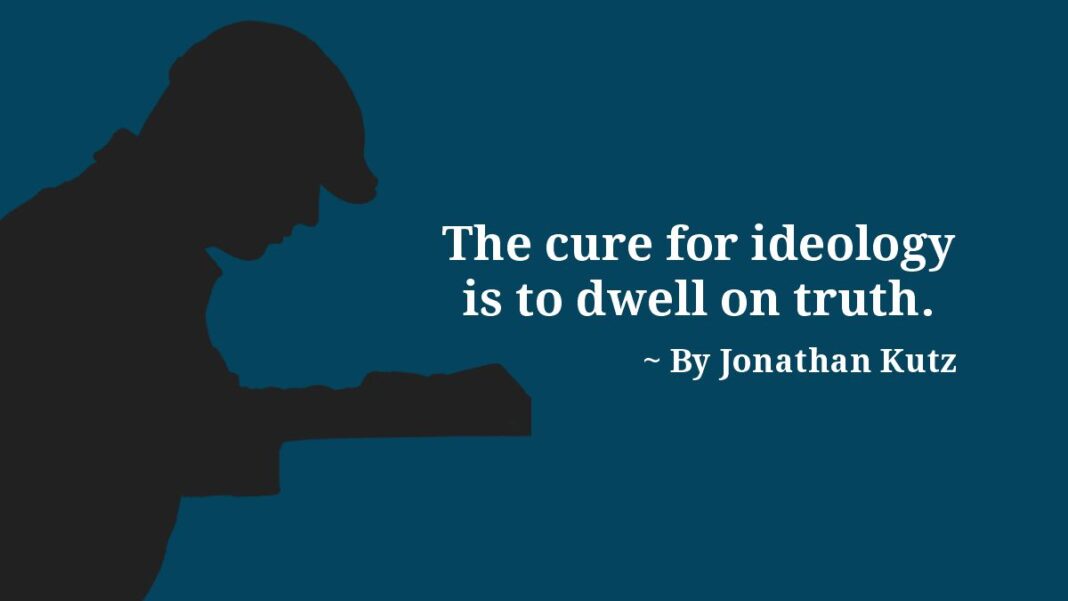 Proverbs 4:23 – “Keep your heart with all diligence, for out of it spring the issues of life”

Philosophy is one of those things that people don’t really believe travels from the classroom to the real world. When someone thinks of “philosophy” they typically think of Plato, Socrates, or maybe Nietzsche and his nihilism. They think of a dapper-looking individual placed in a large leather chair smoking a pipe considering things that may be important, but ultimately inconsequential.

This could not be further from the truth, philosophy is consequential, and typically spawns in the classroom. Moreover, it is a truth that ideas have real-world consequences, ideas when dwelt upon will manifest themselves. When it comes to philosophy, I have the following definition: The set of principles that one uses to interact with the world at large, and by which they filter those interactions. So, when speaking about philosophy, or even “ideology” this is what I mean by those terms. A person’s philosophy is everything, and I have noticed a crisis in this department. Young people especially, have lost the ability to properly acquire philosophy.

Moreover, there is no end to what you can subscribe to, whether it be food, clothes, coffee, soap, computer programs, or even random boxes of mystery items! Obviously, this is infinitely convenient, and at first glance, well “what’s 10 bucks a month?” Undoubtedly as you accrue all of these subscriptions those $10 add up. Moreover, sometimes they will begin to offer the same services or even antithetical services. What benefit is a health food subscription if you’re going to spend hours streaming Netflix right after (probably sitting and eating chips or ice cream)?

I purpose that this subscription mentality has translated from the proverbial page into real life, into philosophy. People have found the convenience of subscription food, clothes, TV all of it, and said “why not philosophy too?” Fair enough question, it isn’t like there’s a drought of people or ideas to subscribe to. If you are right winged well, you have figures like Ben Shapiro, Matt Walsh, Stephen Crowder, Charlie Kirk plus many more. If you find yourself on the Left, you have folks like Stephen Colbert, Bill Maher, Paul Krugman, let alone Holly Wood. If you tend to find yourself in the middle, well there’s Tim Pool, Joe Rogan, and Jordan Peterson (all people whom the Right happily adopts).

The point being there is no shortage of individuals to subscribe to should one require an idea. Which happens rather often in this polarized climate that we live in, gone are the days of “we don’t talk about politics.” So those who participate in the exchange of ideas, especially consequential ones, will simply share what Joe Rogan has to say. Indeed, one of the effects of podcasts and social media is everyone has ideas about everything now, but are they original ideas? No, often these ideas are simply parroted, people have not the time to share original ideas.

Philosophy Subscription affords a beautiful level of deniability. When sharing ideas, if somebody disagrees well then “it wasn’t my idea, it was so and so’s.” On the other hand, if the idea is admired well, you get all the kudos for it. It is a way of avoiding all the consequences of an idea but reaping all the benefits.

Clearly, this tactic is infinitely easier than actually learning about a topic, and it is an understandable strategy. The problem is the faux knowledge that comes with parroting the pundits. When it comes to it, the “parroter” is insecure about their lack of knowledge and stolen philosophy. Typically, one can also tell when somebody is parroting an idea, which compounds that insecurity. Parroters don’t know why they believe what they believe, they simply attach themselves to a philosophy that sounds appealing. As well as he who spouts those same philosophies by proxy. One can see this firsthand by the complete shunning of figures who diverged from a set of ideas. Take Elon Musk, for example, he was the Left’s figurehead but as soon as he diverged from their path, he became a “Fascist.”

This is because a philosophy subscription allows no flexibility of thought, it permits no nuance. Therefore, when questioned, the only option is to double down on the notions, and the repercussions thereby. The sunk-cost fallacy is the prime describer of those who subscribe to philosophy. The market for talk shows and podcasts is completely saturated, so no one goes unrepresented, creating the perfect echo chamber. People never need to come up with original ideas, they need only listen to the plethora of opinions to stay “informed.” The problem is when i find myself agreeing with every word out of somebody’s mouth; I am probably not listening close enough, nor thinking about this subject hard enough. Originality is a tenet of true discourse; one cannot have a real conversation by espousing simple talking points.

I am not saying that one should not listen to talk shows or podcasts, not by a long shot, but the motivation for listening is very important. There is a term called meta-cognition, which is essentially thinking about your thinking. a concept that should be implemented with liberality, especially in the days of rampant ideology. Never have we seen so clearly the power and consequences of ideas. Ideas have left the classroom, and we see this through the decrying of Christian values, the “pandemic” of gender ideology, and CRT. Ideas that started in the classroom, under twice-proven fraudulent science, in the case of Gender Ideology. One of its capstone “scientists” Alfred Kinsey, was shown to be a fraud. Yet people subscribed to these notions of his, they were taught in classrooms by professors (who are never wrong). Masses of unthinking students go through the courses, never battling the ideas, never applying this meta-cognition. Accepting them on the premise that “I liked that professor.” They never thought about their thinking, they never realized that a smart person can be wrong.

The Cure for ideology is to dwell on truth to dwell on what is good to dwell on, but more than that it is to dwell a little bit more on ourselves. Not in the fashion that is the common practice of today, not “mindfulness.” But dwelling on our thinking, and where it is coming from. Do I actually believe in what is being shared, or do I only agree with parts, which parts do I agree with? The words we speak have power, just as much power as the philosophies we espouse. We owe it to ourselves and to others to know what we are about, to know why we believe what believe.

Our ideas must be informed by something, or someone greater than us, by Truth and Beauty. For me that Is God, when our thoughts are informed by truth when that is what we dwell on, we have a better sense of what we believe. When we dwell on those things, our philosophy is established firmly, and no longer do we play Jenga with half-true notions. No longer are we tossed about on the winds of ideology.