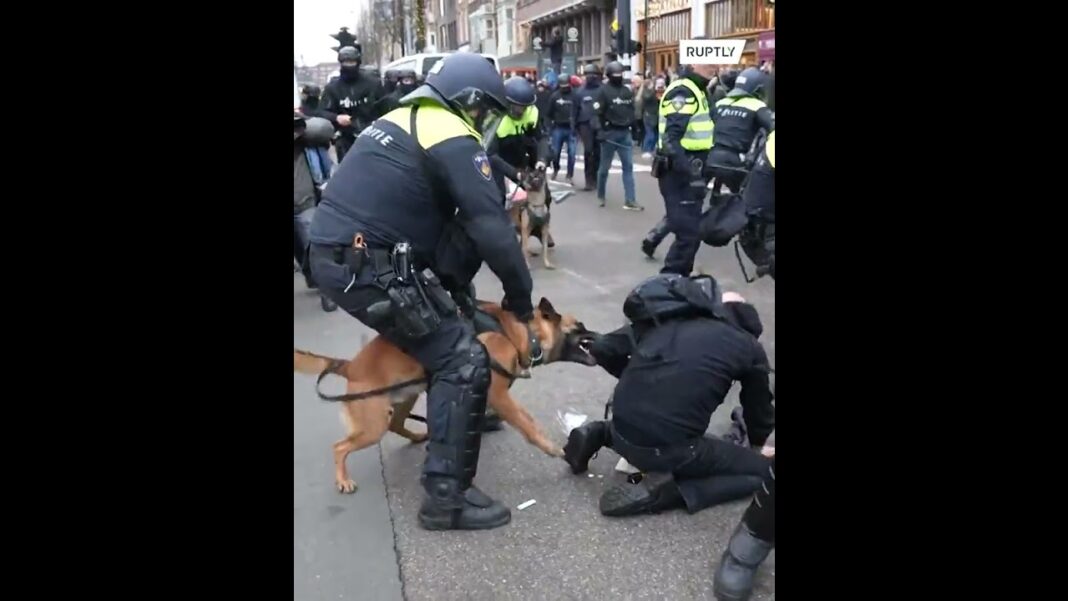 Thousands of people in the Netherlands capital of Amsterdam gathered Sunday to demonstrate against the Dutch government’s COVID-19 lockdown measures before police cracked down.

It came after Amsterdam mayor Femke Halsema issued an emergency ordinance giving more police to clear the central Museum Square after the protesters violated the city’s ban on public gatherings amid an increase in COVID-19 cases.

The protesters also walked along a main thoroughfare in the capital city, playing music and holding yellow umbrellas in a sign of opposition to the government restrictions.

Some participants had a banner that said: “Less repression, more care,” while a group in white masks and white overalls held up signs, reading: “It’s not about a virus, it’s about control.” Another held a “Trump 2024 flag.”

Before police moved in, other footage showed that several thousand people attended the protests on Sunday.

Outside the Netherlands, demonstrators in Germany last week clashed with police in the eastern portion of the country over new COVID-19-related restrictions. At least 23 people now face criminal charges.

In Holland, gatherings of more than two people are prohibited under the current set of restrictions.

Like other European countries, the Netherlands imposed the measures due to the Omicron variant’s spread, although studies and even some U.S. health officials have said the strain presents milder symptoms and far fewer hospitalizations.