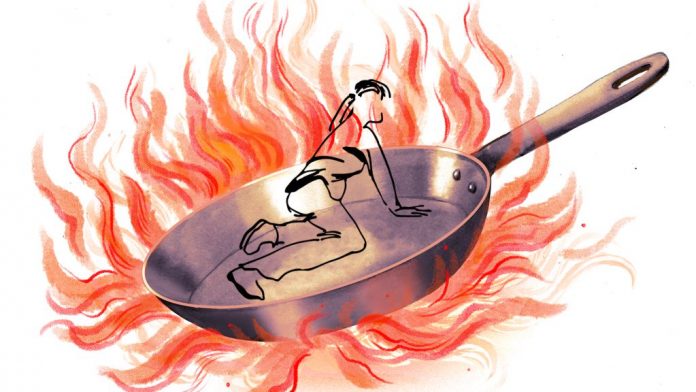 ‘Empowerment’ is often defined as the idea of making individuals and groups stronger, independent and more confident in controlling their lives and claiming their rights. For the past few decades, activists around the world have made vigorous attempts at making this a reality and have in fact made huge strides in eradicating inequality among genders, races and ethnicities across the globe. But since the term is so loosely defined, dissenting groups have found a way to manipulate its meaning to create further division and distress in the midst of it. Because how on earth could radicalism survive without its trump card?

Just as Marxism made individuals surrender their rights to the state in the name of equality, post-modern feminism appears to have stripped young women of their power, by offering them a distorted version of liberation.

What started off as a movement that helped women lead fulfilling lives of their choice, feminism has now trans-mutated into a radical crusade that instructs women to reject the idea of marriage and reproduction and uphold ‘independence’ as the key to ultimate liberation. But here’s the problem. Despite throwing around the term so much in social circles, none of them seem to have defined it conclusively.

If independence is being able to do things the way you want, you are pretty much surrendering it when you choose a career. Because once you choose to work, you might have to say bye-bye to your hourly instagram stories, forget your afternoon nap and daily dose of Netflix, limit your phone calls and texting, stay up for late night projects, wake up for morning meetings, meet your deadlines, listen to your superiors, travel and take the heat of clients, cope up with the politics and stress, accept failures and rejections all while your patience and perseverance is taken for a toss. Yet, most men and women stick to their jobs at any cost. The reason?

“Well, I get paid for it, I am committed to it, my promotion depends on it”. Compelling reasons, aren’t they? Only it makes you wonder if marriage isn’t half as important. With an entire generation of human life at stake, youngsters opting out of wedlock at the first instance of an argument, is a serious alarm bell.

If anything, feminists are bombing their own backyard by fuelling a movement that infuses insecurity into young minds through verbal and visual cues that portray marriage as a corrupt institution, which offers nothing but tyranny and tears.

Why else would they surrender their ‘independence’ and change their habits for the sake of a ‘temporary’ job, but not tolerate the slightest of disagreements, with a ‘permanent’ partner? If the answer is money, we’ve got a bigger problem on our hands.

From elevating women from the trenches of oppression, the focus has clearly shifted to vehemently glorifying previously condemned acts such as prostitution, substance abuse, child abuse, pornography, abortion and sexual liberation, calling it emancipation.

Take Cardi B’s WAP for instance, a recent music video that was both criticized and praised for it’s intensely explicit nature. While progressive feminists argue that every verse and visual in the song has a profound connotation, normalizing and popularizing such seemingly perverse ideas and images that depict women as mere objects, does not do justice to the idea of emancipation whatsoever. After all, the very purpose of feminism was to protect women from being trivialized.

The French film ‘Cuties’ that released last week on Netflix has also sparked strong controversy, with many young parents already signing petitions to cancel the streaming service in protest of promoting such disgraceful content. What is more disturbing than the movie, is the ardent support it gained among radical feminist groups that lauded the theme, which focused on sexualizing preadolescent girls and normalizing the dirty art of ‘twerking’. Whether or not they call it creative freedom, meddling with young minds is simply not acceptable.

Most women blindly jump on the feminist bandwagon without realizing the intricacies of the purposes they intend to serve. Feminists in India for instance, passionately shout the slogan ‘My Body, My Choice’ and see abortion as an indisputable right on the one hand, but vigorously reject ‘female foeticide’, calling it a battle against women, on the other. Interesting, isn’t it?

Even the slogan sounds a tad oxymoronic. Because with the exception of rape (which accounts to a mere 1% of total abortion cases in the US), a woman’s ‘choice’ starts when she decides to have sex. She can either abstain from it or use protection, but that wouldn’t sound like new-age feminism, would it?

It doesn’t end there. Take smoking, another abominable habit that reduces the life span of an average human by over 10 years. Instead of taking part in global initiatives that discourage smoking, feminists consider smoking a ‘right’ that equalizes their standing with men. With men themselves endeavoring to do away with it, the logic of bringing in this unhealthy practice to the other end of the spectrum, remains unexplained.

The most compelling claim though, is the end of ‘independence’ post marriage. But with no conclusive definition or consensus on what ‘independence’ actually is, it remains to be seen why feminist advocates still consider it their go-to-term.

Truth be told, dependence isn’t desirable. But it is almost always inevitable. Every human being, regardless of age, gender or race depend on people, systems and emotions to survive. Just as a student depends on her teacher, or a captain depends on his teammates or a product depends on its customers, married men and women depend on each other. And it will always remain a necessary evil, regardless of the arguments that surround it.

It is high time feminists embraced this universal principle and moved ahead with a renewed conviction to restore the power of womanhood. As a long time liberal and a woman’s rights advocate, I can’t help but say post-modern feminism is urging women to jump out of the frying pan, into the fire.

Nirmal Abraham is a Qualified Tax Advisor, Management Consultant and Corporate Trainer, who has adjudicated several competitive events in the domain of Management in India. He has appeared as a guest speaker on the Indian Radio Station ‘Club FM’ and has published an op-ed for ‘The Hindu’, the second most circulated English Newspaper in India. 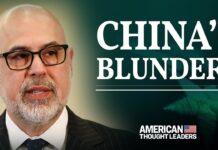 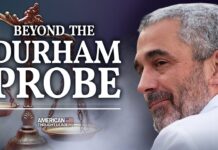