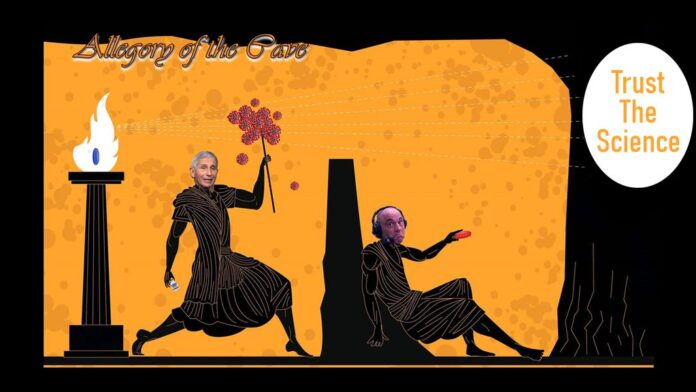 I’ve long sought to avoid the COVID-19 vaccine debate, because there are more than enough vocal voices on either side, and there are many other facets of the pandemic that have been largely ignored. However, recent events and discoveries have compelled me to temporarily set my reservations. The large-scale implementation of vaccine mandates, within the context of the findings of my extensive research, is indefensible.

It is indisputable that the mRNA vaccines have saved tens of thousands of lives, and I gladly received the Moderna jab because it was the best step I could take to protect my vulnerable parents from COVID-19. It is also increasingly clear that the efficacy of the mRNA vaccines is declining, and that the Biden administration is ignoring this trend and doubling down on the vaccine strategy through ever-widening mandates.

No one on Earth was more qualified to make judgments on the utility of coronavirus (CoV) vaccines than Dr. Fauci and the National Institutes of Health (NIH). They couldn’t have not known the risks. What they didn’t know – or didn’t mention – was that DARPA was on the record as having rejected a similar proposal in bats just 3 months before the contract was signed for MERS-CoV/pan-CoV vaccine development, with the same spike ‘active ingredient.’

I’d bet that most people wouldn’t be so enthusiastic about the ‘science’ if they knew that basic animal trials for proof-of-concept involving spike proteins for immune response were rejected by DARPA in 2018, only to be gambled on out of necessity because of the pandemic. I’m not trying to imply that the issue isn’t complex; my concern is that our government is literally working to censor vital public discussions about those complexities.

Mandating mass vaccination while using a Supreme Court ruling from 1905 as a precedent [one that upholds state authority for mandates, not federal] – in the midst of unconstitutional undermining of 1st, 9th, 10th & 14th Amendment rights – is disgusting. Further, mandates that involve censorship to prevent discussion on the specific efficacy and risks of the mandated prophylactic cannot possibly be constitutional – and will destroy the public’s trust in the motives of its leaders.

1-Allegory of the Depraved

In my most-read article, Who watches the Watchmen?, the answer to the titular question was nobody. It’s depressingly obvious that scientists [and virologists in particular] have conducted much of their research under the intentionally blind eye of the American scientific establishment. Each new release of FOIA emails has piled on further evidence of scientists intentionally publishing propaganda designed to smother any academic research into a non-natural origin story for the virus that causes COVID-19.

2 weeks ago, the investigative group DRASTIC published an analysis of a proposed research project that EcoHealth Alliance submitted to DARPA as a bid to join their PREEMPT program in 2018. I can speak with some authority about their analysis because I’m a member of DRASTIC – and I helped write our report, including much of the introduction. I’ve since realized that the implications of the proposal (especially those related to current US vaccine policies) have been missed, and therefore it’s important to address them specifically.

Charles Rixey, MA, MBA (c) is investigating COVID’s origins with D.R.A.S.T.I.C. (Dedicated Research and Scientific Team Investigating Covid-19). He is a Marine, father, husband, Roman historian, and COVID-19 Analyst. He spent 15 years as a CBRN/C-WMD Leader/Analyst/Instructor for USMC and DoS.