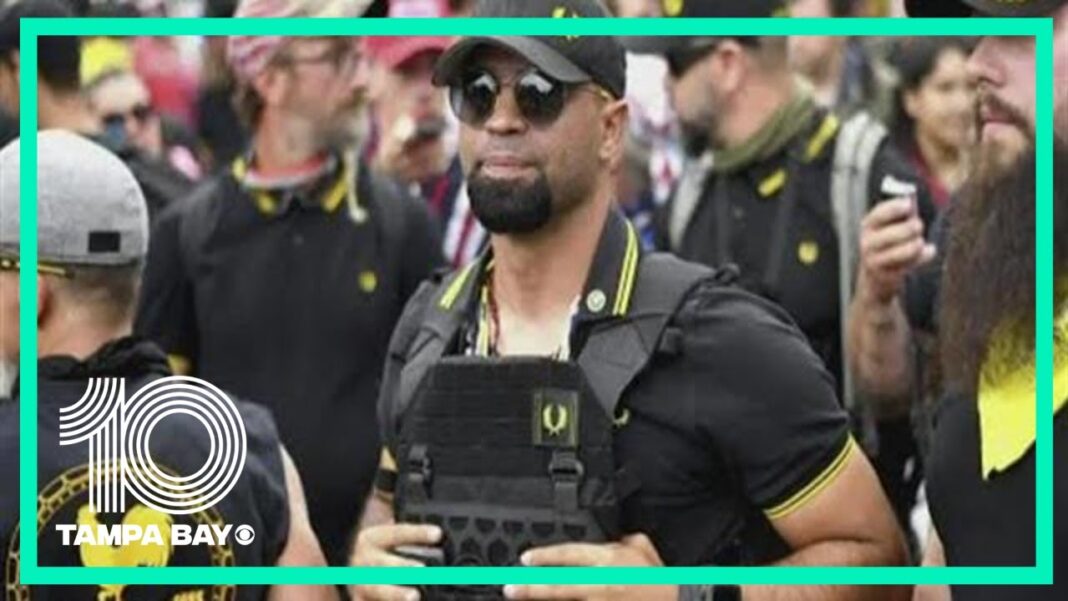 The leader of the Proud Boys group was indicted on March 8 on charges including conspiracy related to the Jan. 6, 2021, breach of the U.S. Capitol.

Enrique Tarrio, 38, was hit with seven counts, according to court papers, including obstruction of an official proceeding, civil disorder, and destruction of government property or aiding and abetting such destruction.

Tarrio wasn’t in Washington on Jan. 6 as he complied with a court order to stay out of the nation’s capital after burning a Black Lives Matter banner several weeks prior.

But prosecutors are pursuing him for allegedly conspiring with Proud Boys members who took part in the breach, which occurred while Congress was certifying the 2020 electoral votes.

Tarrio “continued to direct and encourage the Proud Boys prior to and during the events of Jan. 6, 2021, and that he claimed credit for what had happened on social media and in an encrypted chat room during and after the attack,” the Department of Justice said in a statement.

As one example, Tarrio posted online after the building was breached that he was “enjoying the show” and instructed members to “do what must be done.” In another post, he urged people not to leave; in a third, he said that the Proud Boys were a militia.

Court documents did not outline the alleged claims made in an encrypted chat room.

Tarrio did not have a lawyer listed on the court docket. He said when leaving jail in January that he was not worried he would be charged.

The Proud Boys said on Telegram that the indictment was “ridiculous.”

“He wasn’t there and he had nothing to do with anything that happened at the Capitol that day. The government knows that,” the group said.

Authorities said Tarrio was arrested in Miami, Florida, and was set to make his initial appearance in court on March 8.

Tarrio was sentenced to more than five months in prison for the burning of the flag, to which he pleaded guilty, but was released in early 2022.