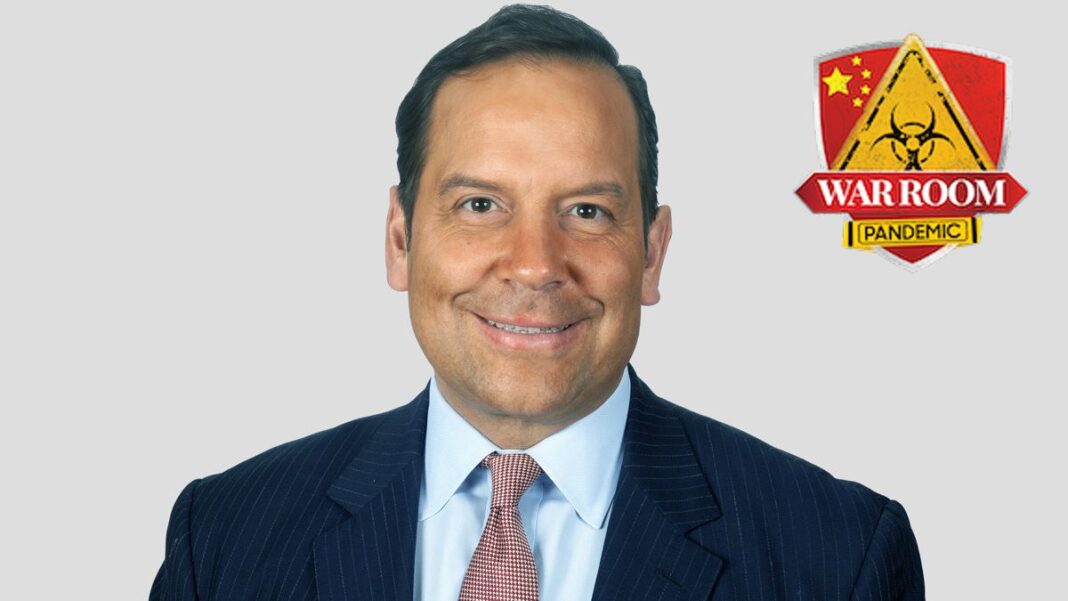 Steve Cortes calls Bill Barr “a despicable creature of the swamp.” Cortes points out that prior to the 2020 election, Barr warned that the mass changes being pushed in multiple states were dangerous and reckless, but then after the election was stolen, Barr started saying the exact opposite. “He’s a despicable turncoat.” Moreoever, Barr had Hunter Biden’s laptop in December 2019 and did nothing with it!

Barr, knowing the truth, chose a staggering sin of omission. He chose to do nothing.

Bill Barr knew all about the scale of likely election malfeasance before the 2020 election. Post-election, he then totally changed his tune and became an obstruction to fact-finding about the rigged vote.

Bill Barr’s own FBI had actual possession of Hunter Biden “Laptop from Hell” and he knew the Biden/Corporate Media narrative of “Russian disinformation” was a damnable lie, but he remained silent.

Yet, this man now has the gall to embark on a grand media tour and wallow in the adoration of the legacy media which laps up Barr’s betrayal of the president he once served. But more important than the disloyalty to Trump, Barr cheated the nation.

In September of 2020, in a surprisingly forceful and persuasive performance on CNN, Bill Barr sparred ably with Wolf Blitzer and warned America of the risks for the sanctity of our election process:

“People trying to change the rules to this, to this methodology – which, as a matter of logic, is very open to fraud and coercion – is reckless and dangerous and people are playing with fire.”

Barr foresaw, with clarity and prescience, the massive attendant risks of instituting large-scale, rushed, and often illegal changes to election procedures under the guise of virus protections. But, he did not use any of the extensive powers of the Department of Justice to stop these unlawful efforts. Barr simply ignored corrupt scams like unauthorized drop boxes and Mark Zuckerberg’s effective takeover of the public election operations of key battleground states.

Then, even after the election was so badly marred by irregularities and plagued by anomalies so improbable as to be impossible, Barr refused to acknowledge the reality that is now seen by a supermajority of Republican voters: the swindle pulled off in places like Georgia, Wisconsin, and Arizona.

And now, Bill Barr gleefully takes to the airwaves to sell his book of fiction, his fantasist anti-MAGA novel. He gushed to NBC News with this dig at Donald J. Trump: “I think his attitude probably is: ‘It either was stolen, or if it wasn’t stolen, I want people to believe it was stolen.'”

But even if Barr the betrayer actual somehow believes that the 2020 election was on the level, he still represents the worst kind of dishonest Beltway rat for his willful negligence in concealing the biggest lie of the 2020 campaign, and one of the most material fabrications in American political history.

They knew fully of the indicting and damning contents – the dirty deals on behalf of the Biden Cartel. They knew that the foremost enemies of America – Russia and China – funneled millions of dollars in dirty money to the Biden family’s accounts, comprising pay-to-play schemes that betrayed America but enriched the “Big Guy” with 10% of all deals.

Joe Biden took to the debate stage in Nashville and dismissed the laptop as inauthentic, as a foreign intelligence ruse: “There are 50 former national intelligence folks who said that what he’s accusing me of is a Russian plant.”

Biden was lying through his teeth, and Bill Barr knew it. As a patriot and the top law enforcement officer serving the president, he had a duty to reveal the truth, but he gladly stayed silent and let that grand lie gain steam.